Earlier, two properties worth Rs 95 lakh belonging to an aide of Mukhtar Ansari, were also seized by the Uttar Pradesh Police. 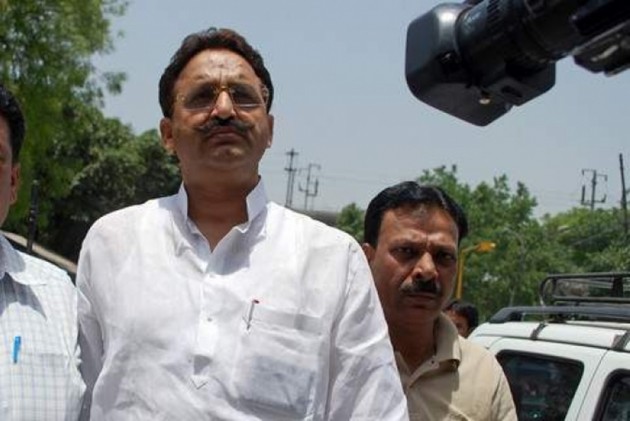 A hotel owned by gangster-turned-politician Mukhtar Ansari's wife and sons that was allegedly constructed illegally in Uttar Pradesh's Ghazipur district was demolished on Sunday, an official said.

According to Ghazipur Sub-divisional Magistrate Prabhash Kumar, the map of Hotel Ghazal, which was constructed on the first floor, was not approved. The owners of the hotel were given a week's time to remove the illegal structure.

They moved the high court, which directed them to appeal to the district magistrate. The official who was given 10 days to dispose of the matter rejected it on Saturday and the hotel was demolished on Sunday morning, Kumar said.

BSP leader and Ghazipur MP Afzal Ansari accused the Adityanath government of acting with "vengeance" to divert the attention of the people and hide its "failures".

"The UP government is conspiring against my family members, including my brother (BSP MLA) Mukhtar Ansari. Today's demolition of a hotel in Ghazipur is the latest such activity," Afzal Ansari told PTI in Ballia.

He accused the state government of ignoring constitutional norms and laws regarding the demolition, saying even those who were convicted in the Nirbhaya gang-rape-and-murder case had got an opportunity to appeal from the local court to the Supreme Court.

Earlier, two properties worth Rs 95 lakh belonging to an aide of Mukhtar Ansari, who is in jail, were seized by the Uttar Pradesh Police over the last two months, officials had said.