BJP MP from Pratapgarh, Sangam Lal Gupta had accused former Congress MP Pramod Tiwari of leading a mob which beat him up and his party workers in a function. 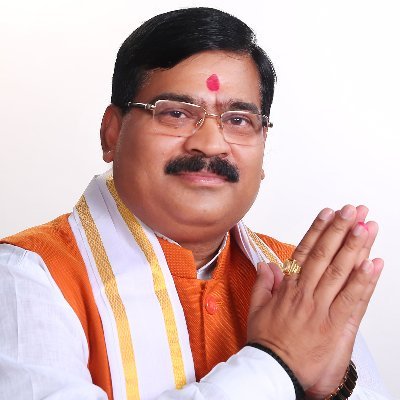 A police official has been suspended in Uttar Pradesh following an incident on Saturday in which BJP MP Sangam Lal Gupta had accused former Congress MP Pramod Tiwari of leading a mob of his party's workers to beat him up and his party's activists during a social function in the Pratapgarh district.

Additional Chief Secretary (Home) Awanish Awasthi said in a statement that additional director general of police (administration) in his report had mentioned that Circle Officer Singh did not arrange adequate police force at the venue of the important programme (Gareeb Kalyan Mela) in Sangipur block in Pratapgarh.

Due to this a serious law and order situation emerged, the statement read.

Citing the report, he added that it is clear from it that the circle officer showed laxity and inaction in the discharge of duty, which was not expected from a gazetted police officer.

This has tarnished the image of the government and the department. Hence, he has been suspended with immediate effect and departmental action has been initiated against him, Awasthi said.

BJP's Pratapgarh MP Gupta on Saturday accused former Congress MP Tiwari of leading a mob of his party workers to beat him up and his party's activists during a the function in Sangipur block.

The issue prompted police to register a case against 27 persons, including the senior Congress leader and his daughter.

The alleged incident led Uttar Pradesh Deputy Chief Minister Keshav Prasad Maurya to order the district administration to take strict action in the incident, in which Gupta alleged his 'kurta' was also torn by the assailants.

"Instructions have been issued for speedy and strict action in the incident of attack on BJP MP and national general secretary of BJP's Pichhda Varg Morch Sangam Lal Gupta during the Gareeb Kalyan Mela in Sangipur block in Pratapgarh district," Maurya had said in a tweet on Saturday.

Acting Superintendent of Police Prakash Dwivedi said that acting on the complaint lodged by the BJP MP, a case has been registered against 27 persons including Pramod Tiwari, his daughter Aradhana Misra and 50 unknown persons under various sections of the Indian Penal Code and the Criminal Law (Amendment) Act.