UP Polls: 55 Companies Of Paramilitary Personnel To Be Deployed In Muzaffarnagar

Fifty-five companies of paramilitary personnel will be deployed in Muzaffarnagar district of Uttar Pradesh for peaceful conduct of assembly polls to be held on February 10, an official said. 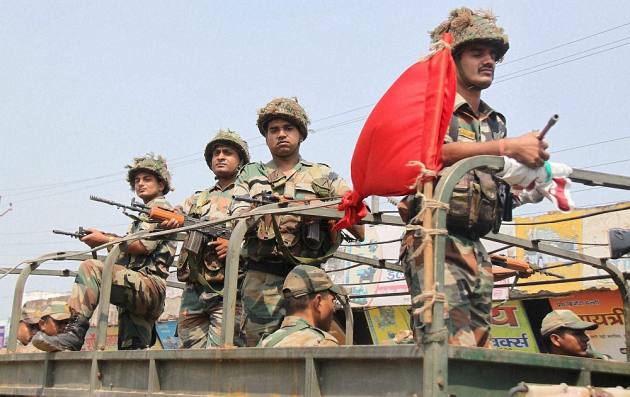 He said the district has been divided into 25 zones and 156 sectors to be overseen by zonal and sectoral magistrates.

Fifty-five companies of Central Armed Police Forces (CAPF) personnel will be deployed in the district for peaceful conduct of assembly polls.

One company of CAPF usually has around a hundred personnel.

Senior Superintendent of Police Abhishek Yadav said 238 antisocial elements have been "expelled" from the district for six months and 200 more will be expelled as a preventive measure.