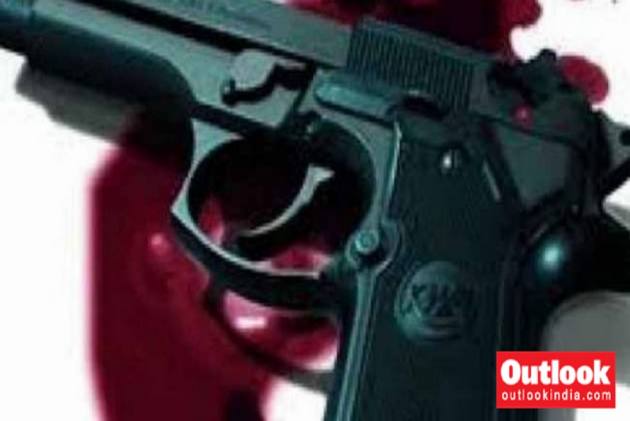 Two robbers were killed in an encounter in Agra after a gang of six armed men looted around 15 kilograms of gold and Rs 5 lakh cash from a Manappuram Finance branch in Kamla Nagar area on Saturday, police said

The incident happened around 2 pm. Six armed men entered the office of the Manappuram Finance branch . They threatened the staff present there and took away around 15 kilograms of gold, the police said, adding they were wearing masks and caps to hide their identity.

IG, Agra, Naveen Arora said that two of the accused -- identified as Manish Pandey and Nirdosh Kumar, residents of Firozabad -- were shot dead in an encounter with the police.

Police recovered around 7.5 kilograms of gold and Rs 1.5 lakh cash from their possession, he said.

"Police collected CCTV footage and began investigating the matter. Information was received that the accused were on Khandoli-Etmadpur road and hid in a medical store. When police reached there, the accused opened fire on them,” Arora said.

“Police retaliated and Manish Pandey and Nirdosh Kumar were injured in police firing. They were taken to Khandoli CHC for treatment, but doctors there referred both to S N Medical College, where they were declared brought dead," he said.

"The search for the other accused is on," the IG said.

A police team has been awarded Rs 1 lakh cash prize by ADG, Agra Zone, Rajeev Krishna for the appreciable work after the loot incident, Arora said.

Vijay Narwaria, manager of Manappuram Gold Loan branch in Kamla Nagar, told reporters that six armed men entered the building in the afternoon. Initially, they asked for a gold loan, but later threatened all of us at gunpoint and forcibly took around 15-16 kilograms of gold and Rs 5 lakh cash, he added.