UP: Upset Over 'Non-Payment' Of Salary To Father, Youth Sets Himself Ablaze

While being taken to the hospital, Vipin said that a year and half ago, his father was suspended without giving any reason. 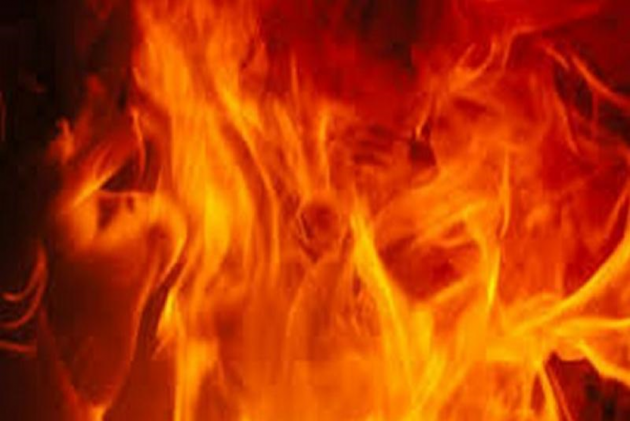 In a shocking incident, a youth in Uttar Pradesh’s Badaun set himself on fire on Wednesday. He was upset over the "non-payment" of salary to his father. The police sources said Vipin, who arrived with his brother Manoj and father Rajendra Pal Sharma at the Vikas Bhawan complex located in the Civil Lines police station area in the afternoon, set himself on fire.

He has been admitted to a hospital with 30 to 35 per cent burns, police sources said.

While being taken to the hospital, Vipin said that his father Rajendra Pal Sharma is a secretary in Sitholi Sadhan Cooperative Society of Islam Nagar block.

He said a year and half ago, his father was suspended without giving any reason.

Vipin said his father has not received salary for the period.

Due to the non-payment of salary, the family is on the verge of starvation, he said.

Vipin further alleged that a bribe of several lakh rupees has been taken from his father to clear the arrears and some officers of the Cooperative Department are involved but even after this, no payment has been made to his father.

Vipin said he was compelled to take step.

Commenting over the issue, Badaun District Magistrate Deepa Ranjan said the secretary or his son has not given any complaint or application so far.

The matter is being investigated and whatever facts will come out, strict action will be taken against the culprits, the DM added.