UP: Woman Dies After Held Up At Traffic During President Kovind’s Visit, 3 Cops Suspended

The president was anguished at the untimely death of Vandana Mishra 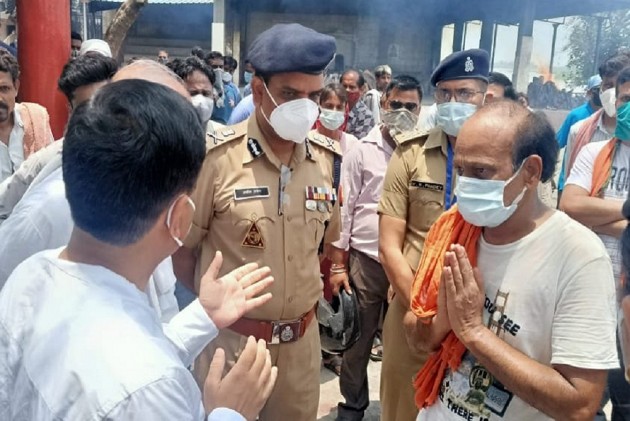 Three policemen were suspended in Uttar Pradesh on Saturday after an ailing woman, who was held up at a traffic stop in Kanpur during President Ram Nath Kovind's visit, died Friday evening.

A police sub-inspector and three head constables were suspended on Saturday in connection with the incident.

An additional deputy commissioner of police has been asked to probe the matter and submit the findings to the commissioner, officials said.

Commissioner Asim Arun said the president was anguished at the untimely death of Vandana Mishra, the women's wing president of the Kanpur chapter of the Indian Industries Association (IIA).

Mishra died on Friday evening allegedly after being stuck in traffic on the Govindpuri bridge during the president's visit while she was being taken to a private hospital in Kakadev.

After getting information about Mishra's untimely demise, Arun took to Twitter to apologise.

“We pledge that our route system in future will be such that citizens are stopped for minimum time so that such incidents are not repeated,” he tweeted.

Arun further confirmed that the president has expressed grief over the incident.

The police commissioner and the district magistrate attended Mishra's funeral and conveyed the president's message to the bereaved family.