Aware of India’s sensitivity to criticism of its rights record, Austin said at a news conference that it was normal to have 'those kinds of discussions’ with America’s partners. 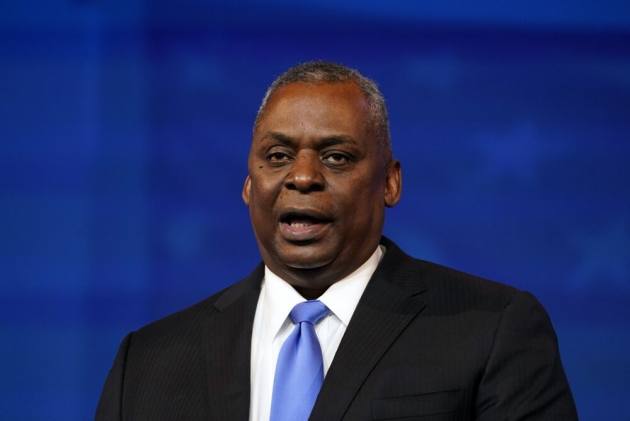 As India’s ranking in the US-based Freedom House’s report on political rights and civil liberties took a plunge, visiting US defence secretary Llyod Austin on Saturday said that human rights figured in his conversation with Indian ministers.

Aware of India’s sensitivity to criticism of its rights record, Austin said at a news conference that it was normal to have “those kinds of discussions’’ with America’s partners.

He clarified that he did not discuss human rights when he called on Prime Minister Narendra Modi on Friday. NDTV reported that to a question on whether he raised violations of human rights especially against Muslim minorities in the northeast, Austin said, “I did have a conversation with other members of the cabinet on this issue."

It is well known that the Biden-Harris administration, unlike Trump’s administration, is committed to uphold the universal values of democracy and promote human rights around the world. So no one should be surprised that the issue came up. Austin tried to soft-peddle the criticism by asserting India’s value as a partner.

"We have to remember that India is our partner, a partner whose partnership we value. And I think partners need to be able to have those kinds of discussions. And certainly, we feel comfortable doing that. And you can have those discussions in a very meaningful way and make progress," he added.

These remarks would be a damper to the government of what has so far been a highly successful first visit of a senior Biden administration official. More so as a tough election campaign is on in three Indian states. The Prime Minister himself was out addressing rallies in West Bengal and Assam today.

General Austin said human rights and rule of law were important to the US. The Biden officials have to also play to the progressives within the Democratic Party who want the administration to bring back human rights to the party agenda.

In fact, Senator Bob Menendez, chairman of the Senate Foreign Relations Committee has specially asked the Defence Secretary to raise the issue of human rights with Indian leaders during his visit. New Delhi is likely to come up with a sharp rebuttal, but this exchange will not affect overall relations between the U.S. and India.