US-Iran Tensions Live Updates: 'A Slap,' Says Khamenei After Tehran's Attack On US Airbase In Iraq

Ain al-Asad has a 4 km runway at 188m altitude from sea levels, which is the main and the largest US airbase in Iraq. 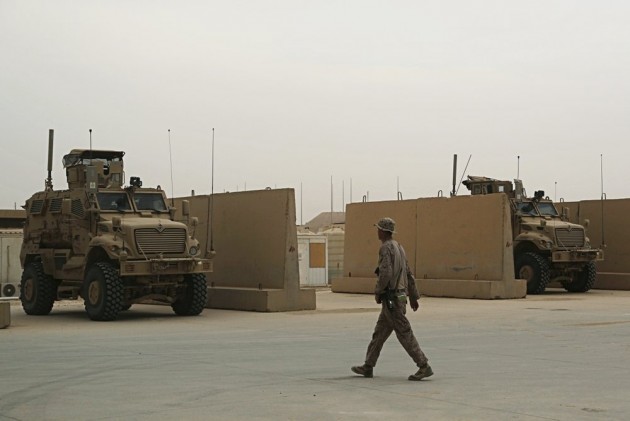 In the early hours of Wednesday, the Islamic Revolution Guards Corps (IRGC) launched the heavy ballistic missile attacks on the Ain al-Asad base near the border with Syria and a US operated airbase in Erbil, reports the semi-official FARS News Agency.

Ain al-Asad has a 4 km runway at 188m altitude from sea levels, which is the main and the largest US airbase in Iraq. All flights have been cancelled at Erbil airport. Iraq said the attacks have not taken any toll from its army men stationed at these two bases.

Here are all the live updates:

6:59 PM: British Prime Minister Boris Johnson on Wednesday condemned Iran’s use of ballistic missiles on US-led coalition air bases in Iraq and called for “urgent de-escalation” in the Middle East. Addressing the House of Commons, he issued a warning to Iran to refrain from further “reckless and dangerous” attacks as he confirmed that non-essential British personnel had been moved from the region.

"We, of course, condemn the attack on Iraqi military bases hosting coalition forces," Johnson said during the first Prime Minister’s Questions (PMQs) session since the UK Parliament returned from its Christmas recess.

3:31 PM: The EU's diplomatic chief on Wednesday condemned Iran's rocket attacks on Iraqi bases housing US troops, urging an end to the "spiral of violence" as Europe tries to defuse the growing crisis.

3:30 PM: Rerouting flights of Air India, Air India Express which usually use Iranian airspace due to tension in that country: Spokesperson.

3:03 PM: UAE carriers Emirates Airline and low-cost Flydubai said Wednesday they had cancelled flights to Baghdad for "operational reasons" after Iran fired ballistic missiles on bases housing US troops. "Emirates flights EK 943 from Dubai to Baghdad and flight EK 944 from Baghdad to Dubai on 8 January have been cancelled for operational reasons," Emirates Airline said in a statement.

"We are carefully monitoring the developments and are in close contact with the relevant government authorities with regards to our flight operations, and will make further operational changes if required," said the Middle East region's largest carrier.

2:13 PM: Two global heritage bodies have voiced concern over the US threat to target Iranian cultural sites and called upon all parties to respect international agreements, and protect the world's cultural legacy, "regardless of religious beliefs or political intentions".

2:04 PM: Iranian Supreme Leader Ayatollah Ali Khamenei on Wednesday said that Tehran's attack on the US Ain al-Asad airbase in Iraq, which was in retaliation to the January 3 killing of Major General Qasem Soleimani, was just "a slap".

"A slap was delivered, but what is important is that the seditious presence of America in the region should be ended," Press TV quoted Khamenei as saying.