The Trump administration, including President Donald Trump, Vice President Mike Pence, and Pompeo, congratulated Modi, and his Bharatiya Janata Party (BJP) on the spectacular electoral victory in the Lok Sabha elections, whose results were declared on May 23. 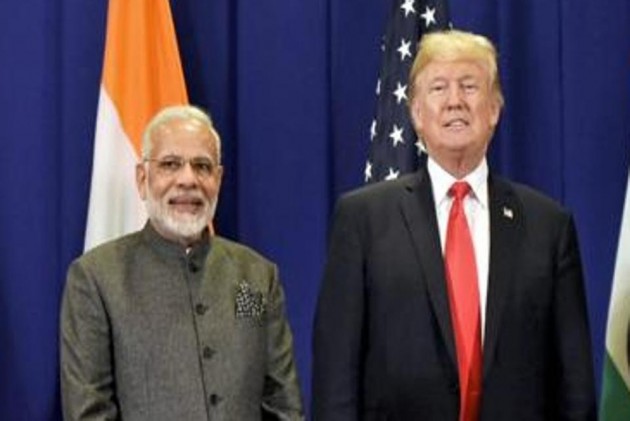 India is a "great ally" of America and the US will continue to work closely with Prime Minister Narendra Modi, the Trump administration has said, asserting that Secretary of State, Mike Pompeo was looking forward to have a "robust discussion" with his Indian counterpart on a wide range of issues.

State Department Spokesperson, Morgan Ortagus told reporters during an off-camera news conference here on Tuesday, that the US was confident in the fairness and integrity of the just-concluded general elections in India.

The Trump administration, including President Donald Trump, Vice President Mike Pence, and Pompeo, congratulated Modi, and his Bharatiya Janata Party (BJP) on the spectacular electoral victory in the Lok Sabha elections, whose results were declared on May 23.

"We, of course, will work closely with Modi, as we have many times," Ortagus told reporters in response to a question.

"We're confident in the fairness and integrity of the elections, and I think that Secretary Pompeo will have a very robust discussion on a range of issues. India is a great ally and partner of the United States," Ortagus said.

The US lawmakers and senior government officials continue to congratulate Modi on his grand electoral victory.

Indian-Americans organized victory celebrations in various parts of the US. Several more are in the pipeline on a large scale in the coming weeks.

According to a compilation made by the Indian Embassy in Washington, more than 50 Congressmen, Senators, and the senior government officials have sent congratulatory messages to Modi.

"India continues to have amazing potential and is a strong US partner. Congratulations to Narendra Modi on your success with the elections and the direction you are taking India. We look forward to seeing our partnership continue to strengthen," tweeted Indian-American politician Nikki Haley.

"Congratulations to Modi 'on being re-elected' as Prime Minister of India, said Congressman Al Green.

"I wish peace and prosperity for India and its neighbours and look forward to seeing you at India House in my congressional district in Houston, Texas, USA," he said.

In the first back-to-back majority for a single party in over three decades, the Modi-led Bharatiya Janata Party (BJP) won 303 out of the total 542 Lok Sabha seats, handing out a crushing defeat to the Congress Party and many other political opponents.

"Prime Minister Modi has led India and has brought lot of credibility in foreign affairs and made India a power to reckon with. He has travelled all the continents and made friends and has a given the prestige to India that was long overdue," said Sampat Shivangi, president of Indian American Forum.

"India is a no more a third world country and has stood the test of time and has been recognized as one of the top six economies in the world," Shivangi said.

The Indian-Americans will put pressure and use the political clout to impress upon the US the importance of a balanced and fair trade agreement with India.

"We do not want another impasse as we see with US-China trade and we do not want India to be another China," he said.