US Escalates Tensions With China, Orders It To Close Consulate In Houston

Democratic Senator Mark Warner, Chairman of Senate Permanent Select Committee on Intelligence, in an interaction with members of the US India Security Council said China had emerged as a major problem for the US companies doing businesses in that country and intellectual theft was a big concern. 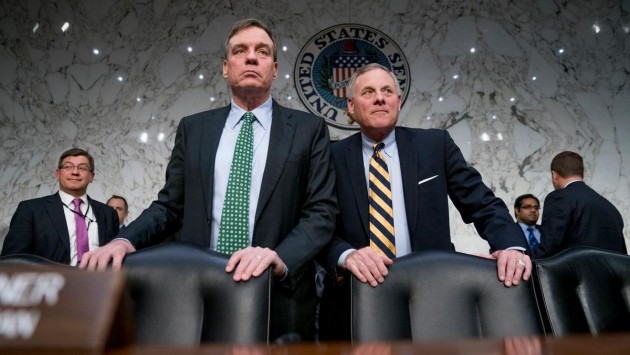 The US will work with countries like India, Japan, and South Korea to tackle the threat of Chinese surveillance, a top American Senator, who has made a Congressional legislation to make New Delhi a strategic defence partner of Washington on a permanent basis has said.

Democratic Senator Mark Warner, Chairman of Senate Permanent Select Committee on Intelligence, in an interaction with members of the US India Security Council said China had emerged as a major problem for the US companies doing businesses in that country and intellectual theft was a big concern.

Warner, who is also co-chair of the Senate India Caucus, said he has sponsored an amendment to the National Defense Authorization Act (NDAA) act to make India a strategic defense partner on a permanent basis.

Expressing grave concerns over Chinese surveillance on every aspect of the organisations doing business with Beijing, Warner said the US will work with countries like India, Japan, and South Korea to tackle the threat from China.

Eminent Indian-American Ramesh Kapur, from the US India Security Council, said that in view of the present scenario, it would make better sense to shift all manufacturing back to America.

He said in areas where there were issues of cost due to labour and other issues, it would make sense to shift the manufacturing to India for all US companies which are at present in China.

Bharat Barai, from Chicago, said that many medium and small-scale electronic companies in the US and India have suffered due to unfair trade practices of China. He also offered the Senator his services in arranging a meeting with Prime Minister Narendra Modi, according to a statement.

Koty Krishna said he did a lot of business with China earlier and was always worried about getting back his money and is glad that he has moved out of that country.

Krishna Srinivasa said it was time for the US and India to forge a long-lasting defence partnership that will sustain for at least 40-50 years and requested the senator to pursue the defence partnership with his friends in the senate like Senator Robert Menendez and others.

Nar Koppula told Senator Warner that the Indian American Community has always helped him in his elections and will continue to do so and asked him to be favourable to a stronger US-India partnership.

Rajendar Dichpally expressed concerns over the Chinese aggression against India and warned that Beijing's attitude will not be limited to the South Asian and Pacific regions, asserting that it will expand its ambitions and will be a threat to US in the future due to its vast ambitions.

"All the members agreed that it is absolutely necessary to rein in China with partnerships with other friendly countries," said the statement issued by US India Security Council.