Nearly 600 persons were penalised for displaying caste stickers on their vehicles across Noida and Greater Noida on Saturday, officials said. 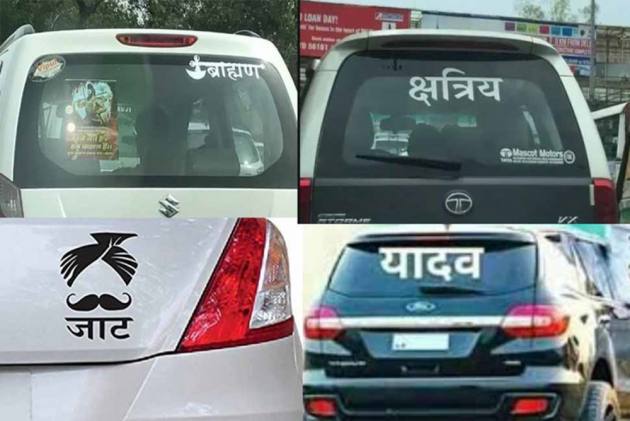 Days after the Uttar Pradesh transport department announced that it will take strict action against all those displaying caste stickers on their vehicles, the UP police launched a crackdown and issued challans to nearly 600 commuters across Noida and Greater Noida on Saturday, officials said.

The crackdown was part of a campaign launched on the instructions of Gautam Buddh Nagar Police Commissioner Alok Singh, officials said.

It is a common sight see caste stickers glorifying the status of the Jat, Gurjar, Yadav, Brahmin, Pandit, Kshatriya, Lodhi and Maurya castes stuck on vehicles across Uttar Pradesh.

Earlier, the state transport department announced that all vehicles displaying caste stickers will be seized.

“On Saturday, 594 vehicle owners were issued challans for having stickers or paints that identified castes. All such stickers and paints were removed during the campaign held across the district,” a police spokesperson said.