Pushkar Singh Dhami has now become the fifth Uttarakhand CM to stay in the official bungalow in 20 years, despite some predecessors considering it unlucky or jinxed. 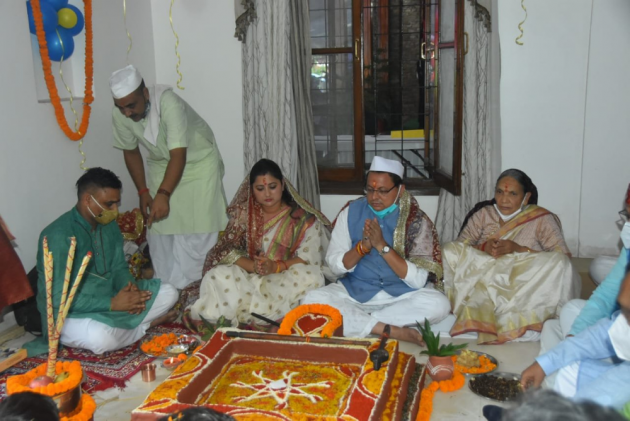 Weeks after his appointment as the new Chief Minister of Uttarakhand, Pushkar Singh Dhami has now moved into the official CM residence in Dehradun which has a reputation of being  "jinxed". Dhami moved on Monday, following six days of worship rituals that were conducted by eight priests.

Speaking to reporters about why he had chosen to move to the house, Dhami said that he believed in Karma.

With the move, Dhami has now become the fifth Uttarakhand CM to stay in the official bungalow in 20 years, despite some predecessors considering it unlucky or jinxed.

"I don't think about the past nor worry about the future. I believe in karma. Leaving the CM residence unused would also mean a waste of the state's resources," Dhami said.

Sharing the update on his official Twitter handle, Dhami wrote on Monday, "Today, after offering prayers at the Shiv Mandir located at the Chief Minister's residence, prayed for the happiness and prosperity of the state and took blessings from the mother cow in the Gaushala".

Built over 10 acres, the sprawling bungalow on New Cantonment Road is believed to have brought ill-luck to three former chief ministers who had to step down before they could complete their tenures.

The three Chief Ministers who chose to stay in the house and suffered premature ouster from office are Ramesh Pokhriyal Nishank, Vijay Bahuguna and Trivendra Singh Rawat.

However, Harish Rawat and Tirath Singh Rawat, the two chief ministers who decided not to stay in it, did not have a smooth run in the top office either.

While Congress leader Harish Rawat had to step down following a rebellion against him that led to the imposition of president's rule in the state briefly in 2016, BJP's Tirath who replaced Trivendra as CM in March this year had to quit in less than four months.

However, Mr Dhami who came in as a replacement for Tirath earlier this month formally moved into the official residence after performing a puja along with his family.