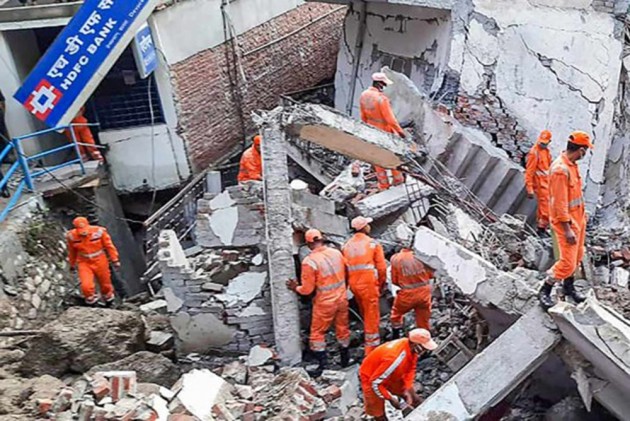 Rawat was accompanied by cabinet minister Subodh Uniyal and disaster management minister Dhan Singh Rawat. The trio conducted a spot assessment of Devprayag in Tehri district, where the incident had occurred on Tuesday.

Local MLA Vinod Kandari also accompanied the ministers as they met affected people and assured them of all help.

A cloudburst is a sudden, very heavy precipitation or rainfall that usually occurs during thunderstorm. Though brief, cloudbursts have the capability to create floods in an area.

The cloudburst occurred over the Shanta river, causing inundation of areas along its banks with a huge amount of slush containing boulders, SHO of the Devprayag police station Mahipal Singh Rawat said.

Two municipality buildings, including the multi-purpose Nagar Palika Bhawan, caved in after being hit by the rubble brought down by the cloudburst, he added.

Taking stock of the situation, Rawat on Wednesday asked district magistrate Iva Shrivastava to extend assistance to the affected people at the earliest.

Earlier, Union home minister Amit Shah spoke to Rawat and assured him of all help from the Centre to deal with the incident.