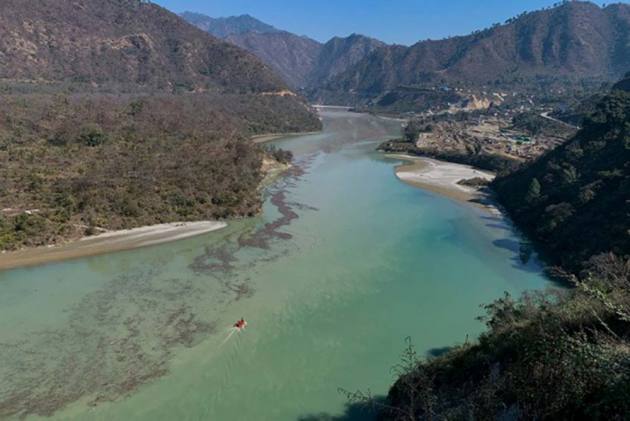 The Uttarakhand glacier disaster which left a trail of death and destruction in its wake has set off fresh alarm bells in neighbouring Himachal Pradesh, which is vulnerable to Glacier Lake Outburst Floods (GLOFs) and prone to major avalanches, mostly in the geologically unstable trans-Himalayan regions of Kinnaur and Lahaul-Spiti.

A study by the State Centre on Climate Change, set-up under the Himachal Pradesh Council for Science, Technology and Environment (HIMCOSTE) shows that the Satluj basin had a total 562 lakes in 2019 “out of which about 81% (458) lakes are small ones with area less than 5 ha, about 9% (53) falls within the aerial range of 5-10 ha and about 9% (51) are the big one with area more than 10 ha.”

What Is Glacial Lake Burst Flood That Wreaked Havoc In Uttarakhand

Moraine-dammed lakes are normally formed near the glacier terminus. These lakes can burst due to excessive melting and can cause floods in the valleys. In 1999 Kinnaur fresh floods and bursting of Parchoo Lake in the Tibet region in 2005 caused tremendous threat to the life and property located in the downstream areas.

The regular mapping and monitoring of all such lakes by scientists show that they appear to have increased in number, mostly between 2017 and 2019 either in Himachal or in the adjoining Tibetan Himalayas, which drains into the Indian Territory along the Satluj river.

The Spiti basin has 73 of the total 562 lakes mapped, while the lower Satluj basin has 52. The remaining 437 fall in the upper Sutlej basin. This clearly indicates that the Tibetan Himalayan region is more susceptible to such lake formations. Seventy-three of the 562 lakes are in high altitude wetlands and the remaining are of glacial origin, says the report.

Nishant Thakur, Joint Member Secretary, HIMCOSTE, says that “the department has planned to undertake fresh mapping of all the glacial lakes which are being formed at the glacier snouts by virtue of the melting of the Himalayan glaciers. There are quite high chances that these lakes may contain a large quantity of water, causing great damage in case they burst in future.” He cites the example of the Kedarnath floods of 2013, due to the bursting of a small lake at the snout of Chorabari glacier, and the Uttarakhand's Chamoli district glacier burst, as examples of what could happen if the administration is unprepared.

There were 242 lakes mapped in the Chenab basin, in the Lahaul-Spiti region, bordering the vulnerable Tibetan region. Similarly, the Beas basin has 93 lakes, lower than 101 lakes mapped in 2018, while the Ravi basin had 38 lakes in 2019, compared to 66 in 2018.

“The regular monitoring of all such moraine dammed lakes is thus important and needs regular studies, which are periodically done as an initiative to prepare an inventory of the moraine dammed lakes in all the four basins viz. Chenab, Beas, Ravi and Sutlej basins using high resolution satellite data” says S S Randhawa, Principal Scientific officer at State Centre on Climate Change. “It is therefore necessary that a constant and repeated monitoring of the upper catchment areas having international dimensions is required to be carried out on a regular basis.”

“According to the State Disaster Management Authority, most of Himachal’s hydropower projects in operation or under construction fall in areas highly vulnerable to various hazards like landslides and floods. The Avay Shukla Committee report presented to the Shimla High Court in 2011 had recommended a moratorium on new hydropower projects in the state for this reason. But the state government dissed the report completely,” their joint release said.