Vaccinating Those Who Have Recovered From Covid-19 Is A Wasteful Exercise: Scientists 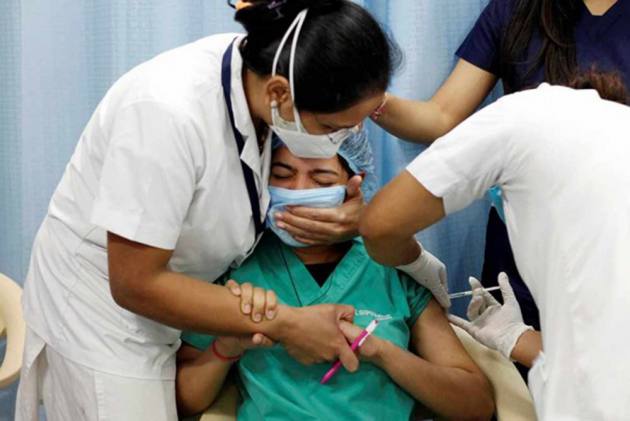 India has vaccinated over six million healthcare workers within 24 days. Prime Minister Narendra Modi flagged off the first phase of the Covid-19 vaccination drive on January 16. The tally also includes those who contracted the virus and recovered from it in due course of time.

Interestingly, health experts and virologists say that vaccinating a person who has already recovered from Covid-19 is a wasteful exercise as antibodies developed naturally are better and last longer than the ones developed with the help of vaccines.

They believe that vaccines should be preserved for those who need it most and they base their arguments on two basic scientific observations.

Firstly, very few cases of Covid-19 re-infections have been reported across the globe. Secondly, scientific evidence regarding some respiratory viral diseases such as chicken pox and influenza suggest that natural antibodies work better than artificial ones acquired through a vaccine.

“In case of diseases like chicken pox, the natural antibodies produced can provide life-long immunity, while vaccines don't provide the same type of immunity,” said Dr Muliyil adding that “In case of measles, both natural immunity and the one acquired through vaccines, have an equal lifespan.”

Meanwhile, as far as influenza is concerned, Dr Muliyil is of the view that natural antibodies provide better immunity when compared to vaccines because influenza viruses constantly change and mutate.

“So, you have to create a new vaccine because of the high mutation rate,” he said adding that at present Sars-Cov-2, the virus that causes Covid-19 infection, has shown a very low mutation rate, which is good for vaccine development.

“As India is very close to herd immunity, we should not waste taxpayers’ money on inoculating those people who have already recovered from Covid-19,” Dr Rai, who is also one of the principal investigators of a vaccine clinical trial, said.

He seconds Dr Muliyil and says that scientific evidence states that the human body produces long lasting antibodies against all such viruses which spread through respiration such as smallpox, measles and influenza.

"There is no disease in which the antibodies developed through vaccines last longer than natural antibodies," Dr Rai said.

Vaccine scientist, Dr. Anuradha Dube from the Central Drug Research Institute, Lucknow, says that it is an indisputable fact that that natural immunity is long-lasting.

“At present, it is yet to be seen how long immunity through vaccines will last. It might last as long as natural immunity but that is something which is yet to be scientifically established,” Dube, who is also a Fellow of the Indian Academy of Sciences, said.