Priority will be given to nearly 3 crore healthcare, frontline workers in COVID-19 vaccination drive. 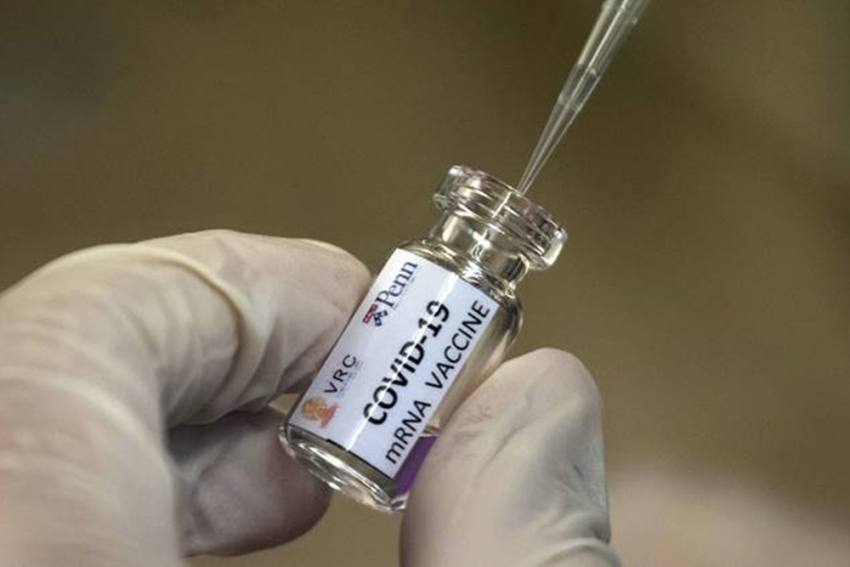 The vaccination drive against novel coronavirus will begin from January 16 in India, the government said on Friday. The statement came after Prime Minister Narendra Modi reviewed the Covid-19 situation in a meeting.

According to the government statement, nearly 3 crore healthcare and frontline workers will be given priority in Covid-19 vaccination drive.

Prime Minister Narendra Modi has called India's vaccination drive as the world's largest inoculation programme with priority to be given to nearly three crore healthcare and frontline workers.

Explained: What Is A Vaccine And Why Does It Take Long To Develop One

The decision, the government said on Saturday, was taken at a high-level meeting where Modi reviewed the status of COVID-19 and vaccine preparedness across states and union territories.

"After the detailed review, it was decided that in view of the forthcoming festivals including Lohri, Makar Sankranti, Pongal, Magh Bihu etc, the COVID-19 vaccination will start from 16th January 2021," it said.

After healthcare and frontline workers, priority will be given to those above 50 years of age and the under-50 population groups with co-morbidities, together numbering around 27 crores, a government statement said.

Later, Modi tweeted that India will take a landmark step forward in fighting COVID-19 on January 16.

India had recently granted emergency use authorisation to two vaccines, Oxford's Covishield being manufactured by Serum Institute in India and Bharat Biotech's Covaxin. Both vaccines, the statement from the Health Ministry said, have established safety and immunogenicity.

There are 2,24,190 active cases of coronavirus infection in the country which constitutes 2.16 per cent of the total caseload so far of over 1.04 crore, according to the latest Health Ministry data. More than 1.5 lakh people have died so far.

However, the spread of the virus has lessened in a big way in the country as the daily number of new cases has dropped to less than 20,000 from a peak of almost 98,000 in September last year.

However, the overall caseload for India is the second-highest in the world after the US, which has reported more than 2 crore cases so far -- almost double of India's cumulative tally.

In terms of deaths also, the US has recorded the most at nearly 3.7 lakh, followed by over 2 lakh in Brazil and about 1.5 lakh in India.

However, India tops the global charts for recovery with more than 1 crore having recuperated after contracting the deadly virus.

In the review meeting, Modi was also briefed about the Co-WIN vaccine delivery management system, a unique digital platform that will provide real-time information of vaccine stocks, their storage temperature and individualised tracking of beneficiaries of the COVID-19 vaccine.

This platform will assist the programme managers across all levels through automated session allocation for pre-registered beneficiaries, their verification and for generating a digital certificate upon successful completion of the vaccine schedule.

More than 79 lakh beneficiaries have been already registered on the platform, the statement said.

As the vaccinators and vaccine administrators comprise a crucial pillar of the vaccination exercise, their training process was also detailed out in the meeting, and it was noted that 2,360 participants were trained during a national-level exercise (training of trainers) comprising state immunisation officers, cold chain officers, IEC officials and development partners among others.

More than 61,000 programme managers, two lakh vaccinators and 3.7 lakh other vaccination team members have been trained so far as part of training at states, districts and block levels, it said.

Three phases of dry runs have been conducted across the country, with the third dry run conducted on Friday across 615 districts covering 4895 session sites in 33 states and UTs.

The Health Ministry said the entire vaccination exercise is underpinned by the principles of people's participation (Jan Bhagidari); utilising the experience of elections (booth strategy) and universal immunization programme (UIP).

No compromise on existing healthcare services, especially national programmes and primary health care, and of scientific and regulatory norms besides other SOPs will be made, and the vaccination programme will be marked by an orderly and smooth implementation driven by technology.

Earlier at an event, Modi had said that the country is ready with two 'Made in India' vaccines, and asserted that the world is not only waiting for them but also watching as to how India runs the globally largest vaccination drive.