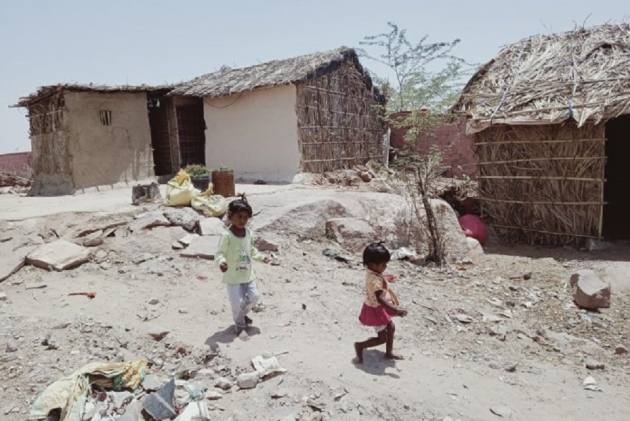 In wake of concerns raised by civil society groups about the lack of vaccination facilities for  Pakistani Hindu refugees, the Rajasthan high court took up the matter on Friday and said that the guidelines issued by the Centre in no way exclude such migrants when it comes to Covid-19 vaccination.

The Court also directed the state government to ensure that ration and food material be made available to all needy Pakistani migrants residing in various districts of Rajasthan.

The division bench of Justices Rameshwar Vyas and Vijay Bishnoi said in its order on Friday, “We deem it appropriate to direct the State Government to ensure that Ration material/Food packets be made available to all the needy Pakistani Minority Migrants residing in various districts of Rajasthan either through the Food Supplies Department/Local Bodies or NGOs/Social Institutions".

The court observed on Friday that the SOP on COVID-19 vaccination of persons without prescribed identity cards issued by the central government in no way excludes Pakistani migrants.

The state government on Friday told HC that around 25,000 (Pakistani Minority Migrants are at present residing in various districts of Rajasthan including around 7,500 in Jodhpur.

“We are of the opinion that the SOP on COVID-19 vaccination of persons without prescribed identity cards through CoWIN issued by the Central Government is elaborate and in no way excluding the Pakistani Minority Migrants who are eligible for COVID-19 vaccination,” the court said in its order.

While hearing a suo moto petition about the struggles of Pakistani migrants during the Covid-19 pandemic, the court observed, “We are of the opinion that the SOP on COVID-19 vaccination of persons without prescribed identity cards through CoWIN issued by the Central Government is elaborate and in no way excluding the Pakistani Minority Migrants who are eligible for COVID-19 vaccination,” the court said in its order.

A day earlier the court while hearing the issue pertaining to vaccination of Pakistani Hindu migrants had directed the state government to inform it about the steps taken by the administration regarding vaccination of those migrants who are not having the requisite identity cards. The court has also asked the state government to release a report about the availability of ration to the refugees living in the various settlements in Jodhpur.

The court order observed that non-availability of ration to the Pakistani migrants is a serious matter."The order reads, "Due to the strict lockdown imposed by the state government, in wake of Covid second wave, the Pakistani  Migrants staying in various settlements in Jodhpur are struggling to fulfil their basic needs like food, water and medical health facility".

The court on Friday asked the state government to submit a detailed report regarding the compliance with the guidelines given in the Centre’s May 6 SOP.

Outlook had reported on the struggles faced by Pakistani Hindus in Jodhpur. Activists working for the rights of Pakistani Hindu migrants in Rajasthan hailed the decision of the Rajasthan high court. Hindu Singh Sodha, president of the Seemant Lok Sangathan told Outlook, "The directions of them should be taken seriously the district administration. The covid has created a scare in the settlements especially after a few succumbed to this de=readful disease. They are facing the worst. We had written a series of letters to Prime Minister Narendra Modi and Rajasthan Chief Minister Ashok Gehlot, demanding the intervention in the matter and assuring vaccination drive for the migrants back in April. In one of the guidelines of the central government on the vaccination, there is a provision for beggars, homeless, nomadic tribes etc who do not have an Aadhar card but there is no provision for refugees who have come to our country to seek safe shelter".

In Rajasthan, after Jaipur, Jodhpur has the second-highest number of Covid cases. The district has so far witnessed 1, 10,598 cases and 1,039 deaths. It has around 5,500 active Covid positive cases, as per the daily health bulletin.

As per the activists, around 70 per cent do not have an Aadhar card which makes them ineligible for the vaccination as per the norms of the central government

On May 13, the Seemant Lok Sangathan, which has been working for the rights of Pakistani Hindu migrants for more than three decades moved an application at Rajasthan High Court.