Dr Anurag Agrawal who is the Director at the Institute of Genomics and Integrative Biology speaks to Outlook regarding the importance of vaccination against Coronavirus. 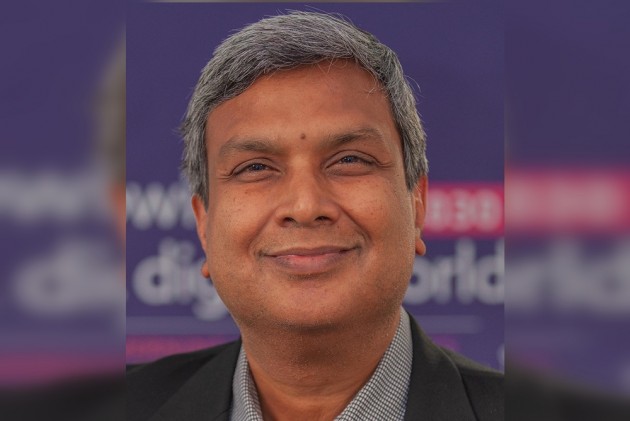 Dr Anurag Agrawal who is the Director at the Institute of Genomics and Integrative Biology speaks to Outlook regarding the importance of vaccination against Coronavirus. Excerpts:

Q) Cases are going down in India. Do we really need a vaccine?

We do need a vaccine but within this, there are two lines of thoughts. In the first, although cases are going down, most people are vulnerable and wide vaccination is essential to ensure control. This is if you go by the known infections. In the second line of thought, driven by sero surveys including those by CSIR, there may now be many communities that have developed local immunity due to a high number of infections and recoveries – as high as 40-50%. In addition, 20-30% of people may be naturally immune. When you combine this ‘resistance to first infection’ with resistance to re-infection of recovered people, the number may be large enough that vaccination would become a low priority and only the most vulnerable and high-risk need immediate vaccination.

The two views are not mutually exclusive and can be combined into the following – risks in India are falling for the average person and vaccination, in the beginning, should be focused on groups with high exposure e.g. healthcare workers, or high risk e.g. elderly and those with co-morbidities

Q) So, have we acquired herd immunity?

This is not herd immunity. Herd immunity means pretty much nobody will get infected. These are community level immunities in which most people in the network are protected because of high immunity within the network and limited interactions outside of it. For example, if I am the only person in this institute who is vulnerable, I am protected in the institute, but not outside. So, I need a vaccine to protect me if I am travelling outside, which I eventually will.

Then of course another group of people might believe that the total number of cases in India is only 10 million, and so the rest are still susceptible to catching an infection. Hence, vaccines remain very important for everybody. Either way, you come to the same conclusion – vaccination is important to acquire herd immunity.

Q) And what do you believe?

High-risk people like healthcare workers and the elderly must be vaccinated. Looking at the current scenario when the positivity rate is coming down, people like me who are not high-risk can safely continue without vaccination, provided we take all the precautions we have been taking so far. But, for how long can we follow precautions? How long can we keep schools closed? I strongly feel that our lives must get back to normal; the economy must get back to normal. And vaccination gets us there faster. So when your turn comes, get vaccinated, but don’t panic if it is taking time.

Q) Coming to the virus, I want to know what makes SARs-COV2 so unpredictable and so transmissible?

Viruses are continuously evolving, and as they do, some form may become more transmissible. All corona viruses bind to ACE2 receptors which are very strongly expressed in the lung, airways, blood vessels, kidney, heart cells. The mutated one—SARs-COV—binds to these receptors more efficiently. If it binds more efficiently, then even a small number of virus particles are able to get entry into the cell and cause infection. And if very few virus particles are enough to cause infection, then the virus will transmit rapidly.

Q) But in India, cases are less as compared to the West…

I think the number of cases in India is grossly underestimated. Sero-survey conducted by CSIR, in its 37 laboratories across the country, suggests that even in August-September when the total number of reported cases where probably in the range of 3 to 4 million, the real numbers were 100 million. So, the actual number of cases in India could be about 30 times that of the reported cases.  Over 70 % of people who had antibodies in CSIR Survey had no symptoms at all. In the West, this number is 30%.

Q) Tell us more about this survey…

We decided to conduct a sero-survey leveraging the Council of Scientific and Industrial Research (CSIR) and its 37 constituent laboratories and centres across the country as a cohort. The CSIR cohort includes permanent staff, families of staff members, students, and temporary employees proving support services such as security, sanitation, housekeeping etc. This group encompassed multiple socioeconomic groups and has the advantage of permitting deeper assessments. Results from phase 1 of this longitudinal study covering the critical period of August to September 2020 were reported by CSIR recently.

Q) I read that some people who have got mild infections, do not develop antibodies. Is it true?

That is true, in which case the number of total cases will be even higher. Twenty per cent of people with asymptomatic infections may not have antibodies. It also depends on which test you use for the antibodies. Some tests are better than others in picking-up the antibodies. But if you now adjust for it, the number suddenly goes from 200-300 million to 300-400 million.

Q) But the virus is unpredictable. It has caused so many deaths across the world.

All infections are unpredictable. Sometimes young people die, sometimes old people die. The only thing different about this infection is scale. It is a virus that has brought this Earth to its knees because of sheer numbers. The total number of infected people in the world is over a billion. And even 0.1% death rate accounts for a million deaths. America has crossed the total death of 3 million in 2020, for the first time in its history. This is 400,000 more than in 2019. India has been less affected but total deaths did increase quite a bit in the initial waves in the bigger cities.

Q) Can we develop a vaccine without any side-effects?

Since a vaccine induces an immune response, it is normal for some people to suffer some minor side-effects such as fevers, aches, pains, sometimes fatigue. When you vaccinate a large number of people, it is impossible to get zero immune complications.

In most people, these side-effects would be mild, but in a few case sit could lead to major complications such as anaphylaxes shock. But that’s the possibility with any and every vaccine, including those we have been using for years. The keyword is these side-effects occur “at very low rates”.  So, the benefits of a vaccine is far greater than its risks.

What is happening is millions of vaccines have been given across the world in a short time, and everybody is watching for side effects. If we look at the trial phase when we were giving placebos as well as the active vaccine, we see that side-effects, including deaths, were occurring in both groups.

Q) There is a general concern regarding the safety of Covaxin because this has been approved before phase-III trial was completed. Your thoughts?

In fact, other vaccines such as Serum Institute’s Covishield, the one that Johnson and Johnson is making, Russia’s Sputnik V, are all viral vectors vaccines. This again is an established technique, and these are safe vaccine. Then comes the mRNA vaccines. These are new, looks safe so far, invoke a strong immune response, but because these are first of their kind, we have limited follow-up data.

Q) Now that we have a vaccine, what is the road ahead?

Give it to all the vulnerable people. And, do it fast.

Q) Will you let your family take it?