Finance Minister Calls Vaccination The Only Medicine To Boost Economy

On Sunday, the health ministry in Tamil Nadu eyeing to inoculate 20 lakh people is holding a 'Mega Vaccination Camp' through 40,000 camps being conducted across the State. 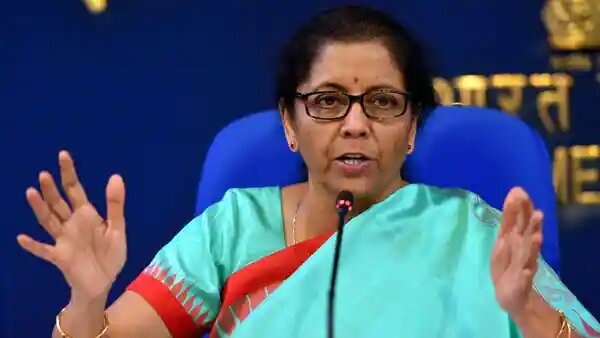 Taking cognisance of 73 crore people of the country's population who have participated in the vaccination drive, Finance Minister Nirmala Sitharaman on Sunday said that it is the vaccines only that enable people to conduct businesses regularly or farmers to carry out farming activity which makes vaccination the most potent means of boosting the country's economy.

Sitharaman made those comments while delivering her address at the centenary celebrations of Tamilnad Mercantile Bank here on Sunday.

On Sunday, the health ministry in Tamil Nadu eyeing to inoculate 20 lakh people is holding a 'Mega Vaccination Camp' through 40,000 camps being conducted across the State.

"All our prayers are not for a third wave (of the Covid-19 virus). Suppose, if it occurs, then one has to think about the availability of hospitals, even if there is an hospital, does it have an ICU and even if there is an ICU, does it have an oxygen support? For all these questions, the Ministry announced a scheme allowing hospitals to ramp up expansion when there was huge impact in the country caused by the second wave (of Covid-19)," she said.

Sitharaman said hospitals located in rural areas were able to take up expansion work by availing the schemes announced by the Ministry, including the "viability gap funding" scheme.

"Through the report by Tamilnad Mercantile Bank, we are able to see that they take the schemes announced by the Ministry to the beneficiaries (hospitals). It is a necessary (in today's scenario). Not only public sector banks, private sector banks should follow suit," she said.

Earlier, paying rich encomiums to the Nadar community for establishing the bank in May 1921 in Tuticorin, the Minister said today Tamilnad Mercantile Bank has gained "universal acceptance" and has presence in all the 26 states and four union territories.

Even a famous Greek writer who has written a lot of global economic affairs has also mentioned about the Nadar community in his book, she said.

"So today it is no more a Nadar community bank nor a bank from Tuticorin, it has countrywide presence and has deposits of over Rs 41,000 crore.", she said.

Stating that the bank has been taking a cautious step in its approach to do business, Sitharaman said "by strictly following the basic principles, the bank was able to tide over any kind of crisis situation and has managed to run for one hundred years."