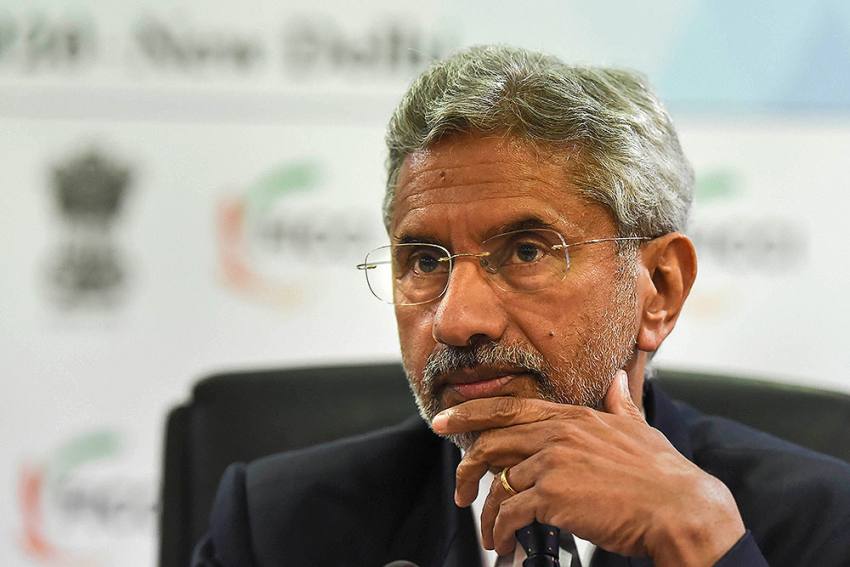 Addressing the G20 Foreign Ministers' meeting in Matera , Italy on Tuesday, External Affairs Minister S Jaishankar said that international cooperation was key to solving the Covid-19 crisis and the challenges it has posed. This was especially important when it came to impartial access to vaccines.

"Whether it is vaccines, medicines, PPE or oxygen, international cooperation is the answer to the COVID challenge. Need more, not less," Jaishankar.

Jaishankar In Washington For Dialogue With Biden Administration

There Is A Political Effort To Depict Our Govt A Certain Way: External Affairs Minister S Jaishankar

Jaishankar's remarks come in the wake of the European Union's (EU) opposition to India and South Africa's proposal to increase large-scale manufacturing of vaccines by waiving some parts of the intellectual property rules under the Agreement on Trade-Related Aspects of Intellectual Property Rights (TRIPS Agreement). These rules prevent international firms with the capacity to produce approved vaccinations from doing so owing to issues with licensing.

"Institutional multilateralism has been found wanting,," Jaishankar said in his G20 address. "Reforms have many forms but vaccine equity will be the immediate test. The real economy needs decentralised globalisation, including in manufacturing, food and health. Resilient supply chains must develop in parallel," he added.

The Foreign minister concluded by saying that the full diversity of our planet needed more accurate reflection in global policy making.

India has recorded more than 3 crore coronavirus cases and registered nearly 400,000 deaths due to the virus since the beginning of the pandemic last year. Globally, the coronavirus has infected over 18 crore people and killed nearly 40 lakh, according to Johns Hopkins University.

Jaishankar arrived in Italy from Greece on the second leg of this two-nation tour to attend the the G20 ministerial meetings.

The G20 summit is scheduled to be held in Italy in October. India is expected to hold the presidency of the G20 in 2022.

The G20 is an influential bloc that brings together the world's major economies.