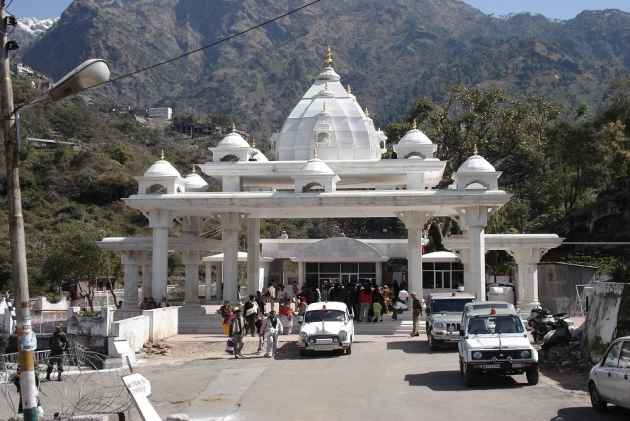 Around 12 devotees have died and over a dozen others wounded in a stampede at Jammu Mata Vaishno Devi shrine.

Here's all you need to know about the incident in 10 points.

1. According to officials the stampede was triggered by a massive rush of devotees on the new year. The incident took place outside the sanctum sanctorum of the shrine on Trikuta hills asa large number of devotees had gathered at the shrine to pay their obeisance to mark the new year.

2.In a series of tweets Lt Governor of Jammu and Kashmir Manoj Sinha said that ex-gratia of Rs.10 lakh each would be given to the next of kin of those who lost their lives due to stampede and Rs.2 lakh to injured. Shrine board to bear the cost of treatment of injured.

He also added that a high-level inquiry has been ordered into the stampede.

Extremely saddened by the loss of lives due to a stampede at Mata Vaishno Devi Bhawan. Condolences to the bereaved families. May the injured recover soon. Spoke to JK LG Shri @manojsinha_ Ji, Ministers Shri @DrJitendraSingh Ji, @nityanandraibjp Ji and took stock of the situation.

"The Inquiry Committee will be headed by Principal Secretary (Home) with ADGP, Jammu and Divisional Commissioner, Jammu as members."

3. Union Minister Dr Jitendra Singh has rushed to Katra in Jammu and Kashmir to take stock of the situation. In a tweet, he said that Prime Minister Narendra Modi is personally monitoring and keeping track of the tragic situation arising out of stampede at Mata VaishnoDevi shrine. PM has conveyed his sympathies to bereaved families and issued instructions to provide all possible medical aid & assistance to the injured.

PM Sh @narendramodi is personally monitoring and keeping track of the tragic situation arising out of stampede at Mata #VaishnoDevi shrine. PM has conveyed his sympathies to bereaved families and issued instructions to provide all possible medical aid & assistance to the injured.

4.  Some of the survivors blamed the Vaishno Devi authority for 'mismanagement' as a sudden rush of devotees at the Vaishno Devi shrine  triggered the stampede that resulted in the death of 12 people.

However, Shri Mata Vaishno Devi Shrine Board denied the survivors' allegation and stated that all necessary arrangements were made in view of the expected rush.

5. Jammu and Kashmir Director General of Police Dilbag Singh said on Saturday that a minor altercation among some young boys led to the stampede at the Mata Vaishno Devi shrine in which 12 people "unfortunately" died.

""Police and officials from the civil administration were quick to respond, and the order within the crowd was immediately restored, but by that time, the damage had been done," he added.

VIDEO: Visited Narayana Superspeciality Hospital #Katra where injured are admitted. From here, leaving for the incident spot at Gate No. 3 at Mata #VaishnoDevi Shrine Darbar. pic.twitter.com/gjQnyeDdAx

7. In a bid to review the current situation and oversee adherence to Covid-19 protocols, two members of the Vaishno Devi shrine stampede inquiry committee reached Katra.

8. Jammu and Kashmir government announced that the three-member panel headed by principal secretary (home) to submit its report on Vaishno Devi stampede within a week.