Sadaiv Atal, a memorial of former prime minister Atal Bihari Vajpayee, was dedicated to the nation Tuesday on his 94th birth anniversary. 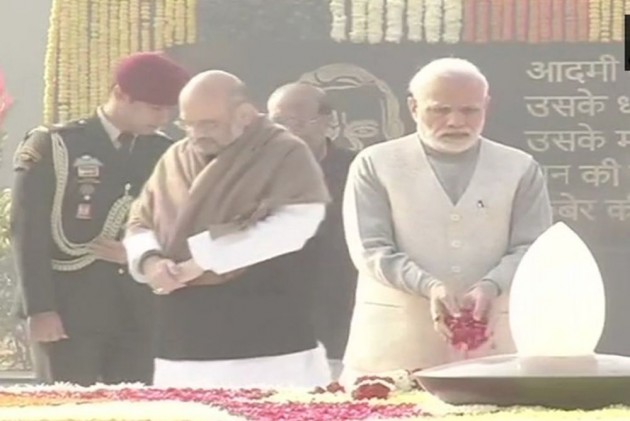 President Ram Nath Kovind, Vice-President M Venkaiah Naidu and Prime Minister Narendra Modi were among the dignitaries who paid floral tributes to the former statesman Atal Bihari Vajpayee at the memorial built near the Rashtriya Smriti Sthal in Delhi, where his mortal remains were consigned to flames on August 17.

Sadaiv Atal, a memorial of former prime minister Atal Bihari Vajpayee, was dedicated to the nation Tuesday on his 94th birth anniversary.

Vajpayee passed away on August 16 after a prolonged illness. He was cremated with full state honours.

Vajpayee Was The Right Man In The Wrong Party | By D. Raja

"Tributes to Atal Ji on his Jayanti. We reiterate our commitment towards creating the India he dreamt of," Modi tweeted Tuesday.