Advocate Indira Jaising said since last February, activist-poet Varavara Rao, arrested for links with Maoists, has spent 149 days of his jail time in hospital and appealed for interim bail 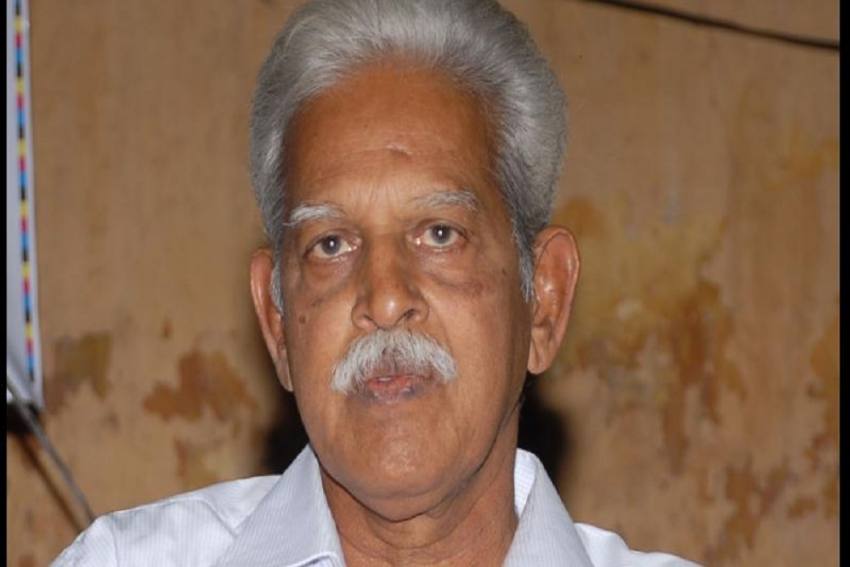 To highlight his deteriorating health conditions and push for an interim bail in the case of the Elgar-Parishad-Maoist link, counsel Indira Jaising told the Bombay High Court shared in the court that since February 2020, arrested activist-poet Varavara Rao has spent 149 in the hospital.

Citing the fact that Rao has spent half of his jail time in several hospitals, counsel Jaising argued that it is evident that the 82-year-old activist's health is extremely poor and his arrest is indeed a breach of his fundamental right to life and health.

Currently lodged as an undertrial, Jaising urged the court to let Rao out of the Taloja prison and to permit him to go back to his family home in Hyderabad.

"Life is dear to everyone, including a prisoner, and the court is here to protect it," the senior advocate told a bench of Justices SS Shinde and Manish Pitale.

"The record speaks for itself, out of the 365 days in a year he has spent 149 days in hospitals," she said.

The bench was hearing a writ petition and a medical bail plea filed by Rao through his counsel, senior advocate Anand Grover, and a writ petition filed by Rao's wife Pendyala Hemlatha, through Jaising, alleging a breach of his fundamental rights due to continued incarceration.

Both Grover and Jaising urged the HC to let Rao out on interim bail even if for a limited period of three months, and with any condition that the court deemed fit.

Both counsels reiterated that Rao, currently admitted to Nanavati Hospital in the city, required constant monitoring and medical aid that the Taloja prison in Navi Mumbai will be
unable to provide.

Nanaware died after six years of incarceration, before the trial against her could begin and before her medical bail was decided, Jaising told the court.

She told the court that Rao's continued incarceration was "incompatible" with his health.

"This is a victimless crime, the death penalty will not be attracted as he has not killed anyone," she said, referring to the 2017-18 Elgar Parishad-Maoist links case, in which he is an accused.

"He is neurologically compromised. The best treatment is with friends and family," Jaising said.

Jaising said Rao had been arrested merely on the basis of some electronic evidence found on a co-accused's computer.

"While stating that his crimes were serious, what were his crimes? Some evidence was found in a co-accused's electronic files which mention his name. But that is also a purported conspiracy," she said.

Grover argued that Rao must be permitted to be taken care of by his family at their home so that he was fit to stand trial.

He reminded the court that Rao had faced trial in 24 cases in the past and that he had either been acquitted or discharged in all but one.

Grover read out one of Rao's poems to show his spirit, to tell the court that even in his present condition, the octogenarian was willing to stand trial.

In the poem, Rao said he borrowed the lines of legendary Hindi writer Munshi Premchand to say he was a "kalam ka sipahi" (A soldier with a pen).

"He is willing to go on for trial. He wants to, to show that he has not done anything. The other cases against him, he was acquitted. For him, this case is just another case," Grover said.

Responding to the Maharashtra government's previous statement that once discharged from private Nanavati Hospital, Rao will be sent to the prison ward of the state-run JJ Hospital, and not the Taloja prison, Grover said keeping the poet in the government facility would amount to "torture."

The National Investigation Agency (NIA), however, maintained that given the state's assurance of sending Rao to the JJ Hospital, the court need not grant him medical bail.

The court, however, remarked that a speedy trial was considered part of a citizen's fundamental right, and in the present case charges were yet to be framed and 200 witnesses
were still not examined.

Additional Solicitor General Anil Singh, who appeared for the NIA, however, said a large number of witnesses in a case could not be the ground for granting someone medical bail.

"It is the responsibility of the state to take care of his (Rao's) health, and the state is doing so," Singh said.

He said the Nanavati Hospital had already certified that Rao was fit to be discharged from the hospital and that he did not have dementia at present.

But the court pointed out that Rao's medical reports from last year mentioned he suffered from dementia.

"How can we ignore the reports of JJ Hospital, St George and Taloja prison hospital? We can't go by the last report only. St. George report from last year mentions dementia," the court said.

The HC closed all arguments in the case and reserved its verdict on Rao's medical bail plea and Hemlatha's writ petition.

Till the court's verdict, Rao will remain in the Nanavati Hospital. After arrest, Rao has been in police and then in judicial custody since August 28, 2018, awaiting trial.

The case related to alleged inflammatory speeches made at the 'Elgar Parishad' conclave held in Pune on December 31, 2017, which, the police claimed, triggered violence the next day near the Koregaon-Bhima war memorial located on the outskirts of the western Maharashtra city.

The police have claimed the conclave was organised by people with alleged Maoist links. Several activists and academicians have been named as accused in the case.

The case was initially probed by the Pune police and later it was handed over to the NIA.