Vegetable Supply At Azadpur Mandi Cut By Half Despite Ease Of Restrictions; Prices Rise

Spread over 85 acres, Azadpur mandi has around 3,000 registered commission agents and operates round the clock, throughout the year, serving the needs of not just Delhi-NCR region but the whole of North India. 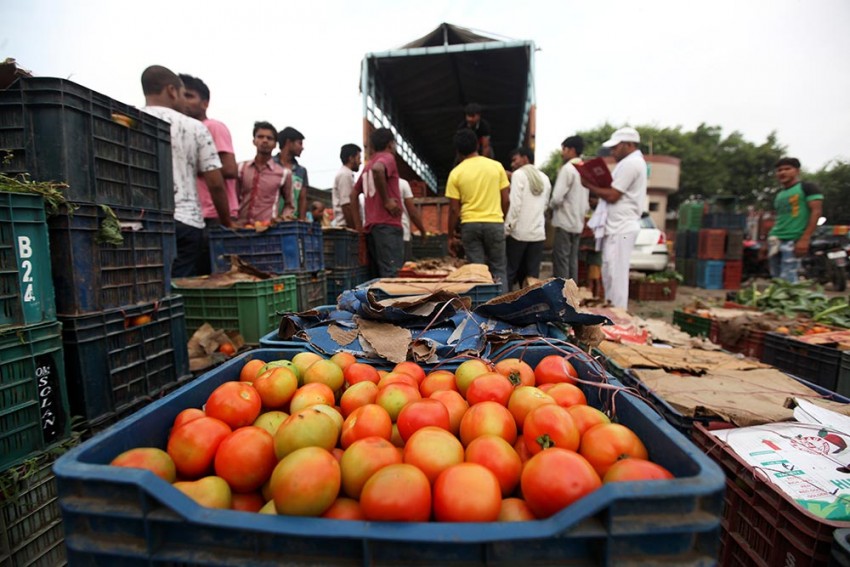 High prices, less variety and bad quality of vegetables in many areas of Delhi is here to stay till the off-take from major wholesale markets improves. Despite easing of restrictions on movement of certain categories of people and vehicles, sellers at Azadpur mandi, the largest fruits and vegetables wholesale market in the country, are still getting only a little over half of what they got during the same time last year, say officials of Agriculture Produce Marketing Committees (APMC) in the capital.

“The daily supplies have improved over the last week but overall it is less than last year. For instance, last year at this time we were receiving about 12,000 tonnes of fruits and vegetables every day but now it is around 6,000 to 7,000 tonnes,” says Adil Ahmed Khan, chairman, Azadpur APMC.

Spread over 85 acres, Azadpur mandi has around 3,000 registered commission agents and operates round the clock, throughout the year, serving the needs of not just Delhi-NCR region but the whole of North India. It also serves as a hub for storage, transportation and exports. In normal times, over 60 per cent of the produce transacted in Azadpur, which also oversees the operation of Okhla mandi, passes through Delhi to other states or is exported.

Khan maintains that the rising retail price of most fruits and vegetables is not due to any dearth of supplies as, in fact, price of farm produce like tomatoes and onion has witnessed a marginal fall due to improved supplies. Higher transportation cost is one of the reasons for upward movement in prices.

Besides Okhla and Azadpur, Delhi has several other fruit and vegetable mandis. Another major mandi at Ghazipur, which also has a huge flower and meat market, has been witnessing a major decline in business as only vegetable and fruits are operational, says Shyam Lal, deputy secretary, Ghazipur APMC.

Lal says arrival of onions and tomatoes has seen a rise in April, compared to last year, but potato supply has been lower. “In the case of green vegetables, the supply has not dipped too much as most of it is supplied from farms in and around the NCR,” says Lal, pointing out that the same cannot be said for fruits like melons and watermelons, where the demand is more than the supply.

Among fruits, supply of mango has been lower so far this year. Expectations are that the restrictions would be eased further by the time mango varieties from UP are ready to be sold.