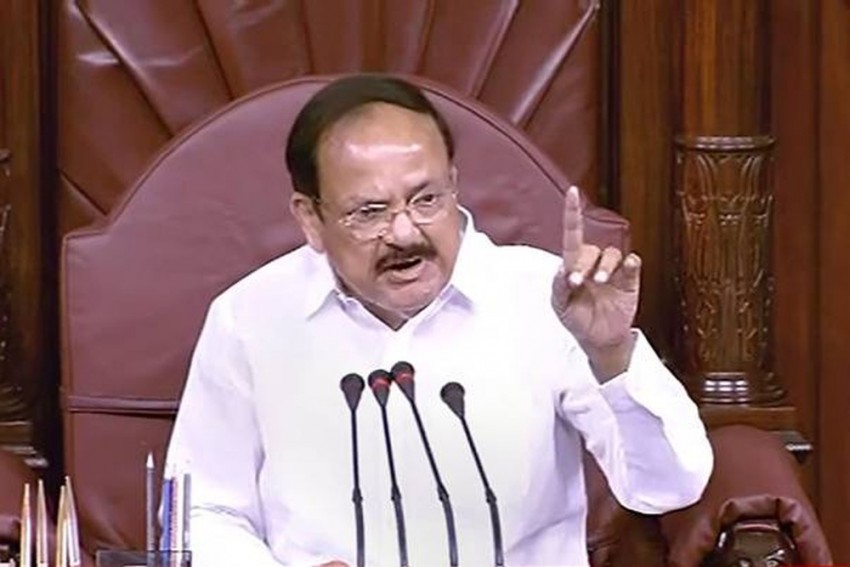 A day after leaders of the Opposition party walked out over the issue of farm laws, Rajya Sabha Chairman M Venkaiah Naidu on Wednesday warned MPs against recording proceedings of the House on mobile phones.

Some opposition MPs had on Tuesday used their cell phones to record the disruption in proceedings over farm bills. These videos were shared on social media and aired on television channels.

He said that such unauthorized recordings and their circulation on social media may be a breach of Parliamentary privilege and contempt of the House.

When the House met for the day, Naidu said Parliamentary rules restrict "usage of cellular phones within Rajya Sabha chambers."

"It is observed that some members are using their mobile phones to record the proceedings of the House while sitting in the Chamber. Such conduct is against Parliamentary etiquettes and is not expected from members," he said without naming anyone.

MPs, he said, should desist from such "unwarranted activities inside the Chamber".

"Such unauthorized recording of proceedings of the House and its circulation on social media may lead to a breach of privilege and contempt of the House," he said.

Naidu said sections of the media, who started using the clips, are advised not to do so as "it is not authorized" and they could be "liable for consequences thereon".

He hoped MPs will follow rules and maintain the dignity of the House.

"If members are fair everything will be fine," he said, adding, "Members have to be fair to the rules of the House."

"Members are, therefore, advised to be careful in this regard. I only hope that everybody will follow rules and regulations," he added.