Patil submitted his resignation letter to Speaker Haribhau Bagade amid speculation, that he might soon join the ruling Bharatiya Janata Party. 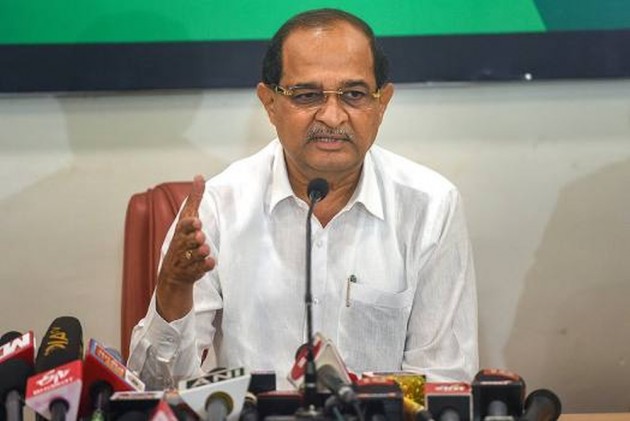 Veteran Congressman and former Leader of Opposition in Maharashtra Assembly, Radhakrishna Vikhe-Patil on Tuesday quit as a legislator from Ahmednagar, official sources said.

He submitted his resignation letter to Speaker Haribhau Bagade amid speculation, that he might soon join the ruling Bharatiya Janata Party.

Just prior to the last Lok Sabha elections, his son, Sujay Vikhe-Patil created shockwaves, when he left the Congress and contested the general elections winning from the family's traditional bastion Ahmednagar.

Besides the Vikhe-Patil father-son duo, several other leaders from the Congress are waiting in the wings to join the BJP, as the state prepares for the crucial Assembly elections around October.