VHP working president Alok Kumar, in a statement, said the Ram Janmabhoomi Nyas had obtained the land for the construction of the Ram temple. 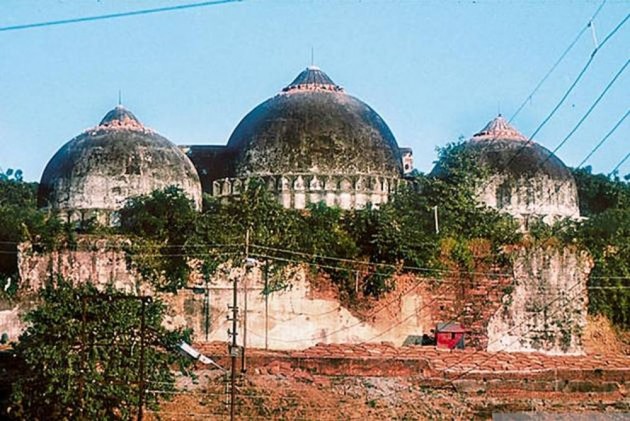 The VHP Tuesday welcomed the Centre's writ petition in the Supreme Court, seeking to return excess or superfluous land around the disputed site in Ayodhya to its original owners, saying the step was in right direction.

VHP working president Alok Kumar, in a statement, said the Ram Janmabhoomi Nyas had obtained the land for the construction of the Ram temple.

"This land belongs to Ram Janmabhoomi Nyas and is not under any litigation. This is a step in right direction and the organisation welcomes it," Kumar said.

The Hinduness Of Indian Pluralism

Ayodhya In The Time Of Jawaharlal

The government had acquired 67.703 acres of land in 1993, including the land of Ram Janmabhoomi Nyas, he said, adding the land under litigation, where the disputed structure existed, measured only 0.313 acres.

"The Hon'ble Supreme Court had said in M Ismail case that the superfluous land shall be returned to its owners. The VHP hopes that the top court shall expeditiously decide the application filed by the government," he said.

In a fresh plea, the Centre said it had acquired 67 acres of land around the 2.77 acre disputed Ram Janambhoomi-Babri Masjid site.

The plea has said that the Ram Janambhoomi Nyas, which is a trust to promote the construction of Ram Temple, had sought return of excess land acquired in 1991 to original owners.

"One party namely Ram Janmbhoomi Nyas whose land measuring approximately 42 acres [which is a part of the superfluous/excess land] was acquired, has moved an application relying on the constitution bench judgment of this court," the plea said.