The video is from December 15, Sunday, when the police had barged into the university campus and brutally assaulted students. Several students were injured and many were detained following police action. 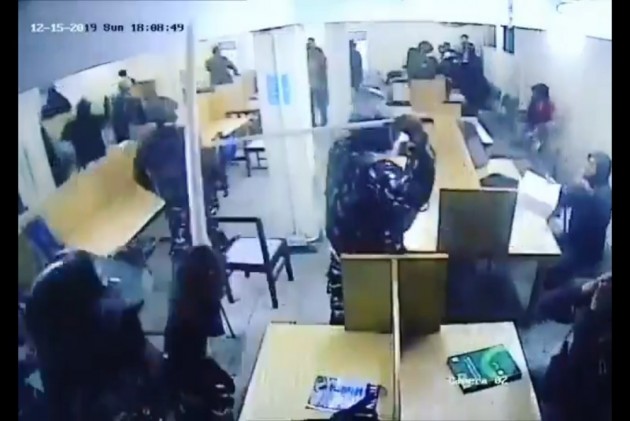 A CCTV footage, showing policemen in riot gear attacking students in the library of Jamia Millia Islamia, has surfaced and gone viral on multiple social media platforms. In the video, the cops, armed with batons, could be seen entering the old reading hall and brutally thrashing students, who were studying.

The video, shared by the Jamia Coordination Committee, has important details such as the date, time and day in the top left corner of the frame. According to these details, the police crackdown began at 18:08:40.

The video is from December 15, Sunday, when the police had barged into the university campus and brutally assaulted students. Several students were injured and many were detained following police action.

Outlook hasn't independently verified the authenticity of the footage, but it has been carried by multiple news channels and websites.

Back then, the police had justified their action, saying some outsiders had entered the campus after the demonstration against the Citizenship Amendment Act (CAA) and proposed National Register of Citizens (NRC) turned violent near New Friends Colony (NFC) area.

Delhi Police's December 15 crackdown on students had triggered a massive outrage across universities and colleges in India and abroad. The women-led sit-in at Shaheen Bagh, which has now become the symbol of anti-CAA protests, also started after violence on Jamia campus.

One of the students had lost his eye in the attack, but the police have maintained they targetted outsiders, who entered the campus that day.

The protests against the newly amended citizenship law and proposed NRC have intensified ever since with new sit-ins -- similar to the one in Shaheen Bagh -- emerging in different parts of the country.