As the policeman tries to flee the spot on his bike, the lawyer chases him and then hurls a helmet at him. 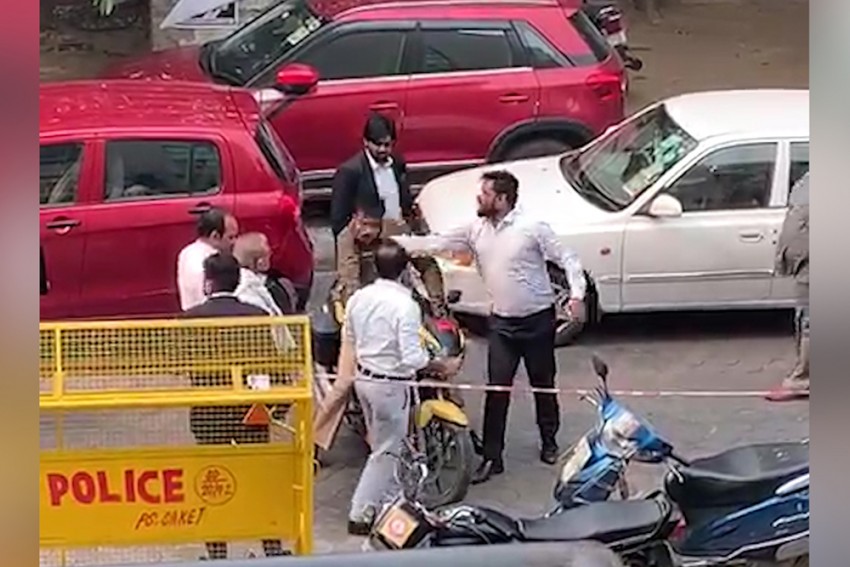 Screengrab of the video showing the lawyer beating up the police personnel
File Photo
Outlook Web Bureau 2019-11-04T15:42:00+05:30 Video Shows A Lawyer Roughing Up A Cop In Broad Daylight Near Saket Court 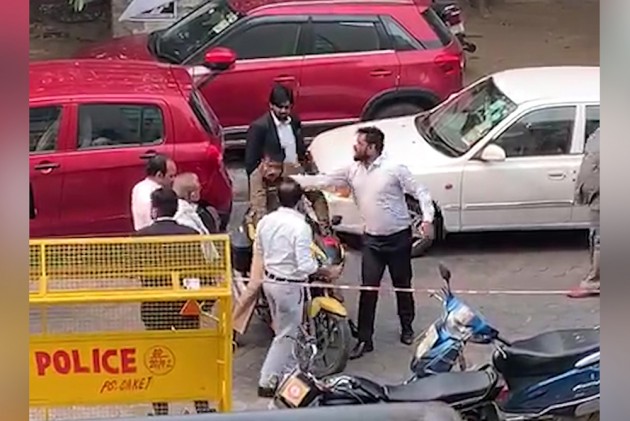 A video surfaced on Monday showing a lawyer roughing up a policeman in broad daylight near Saket court premises in Delhi.

The man, in the video, is seen to be hitting one blow after another to the cop, who is on a motorcycle, beating him on the head and as well as his back.

After this, the lawyer refuses to stop and then slaps the unprotesting cop twice.

As the policeman tries to flee the spot on his bike, the lawyer chases him and then hurls a helmet at him.

Fortunately for the cop, the lawyer misses and only manages to hit the bike, sparing the young policeman.

The present case is an extension of the scuffle that is ongoing between the lawyers and the policemen since Saturday where lawyers and police clashed at Tis Hazari Court complex in Delhi during which at least 10 police personnel and several lawyers were injured while 17 vehicles vandalised, according to officials and eyewitnesses.

In protest of that clash, several advocates in the Delhi High Court and six district courts in the national capital – Tis Hazari, Karkardooma, Saket, Dwarka, Rohini and Patiala House on Monday abstained from judicial work.

Advocate Naginder Benipal, executive member of the Delhi High Court Bar Association, said lawyers have supported and cooperated with the call to abstain from work in the high court.

"We are abstaining from work in solidarity and in view of the attack on lawyers by policemen. An executive committee meeting will be held during the day in which the future course of action will be decided," he said.