The fugitive Indian businessman had lost his appeals in the British Supreme Court in May last year against his extradition to India. 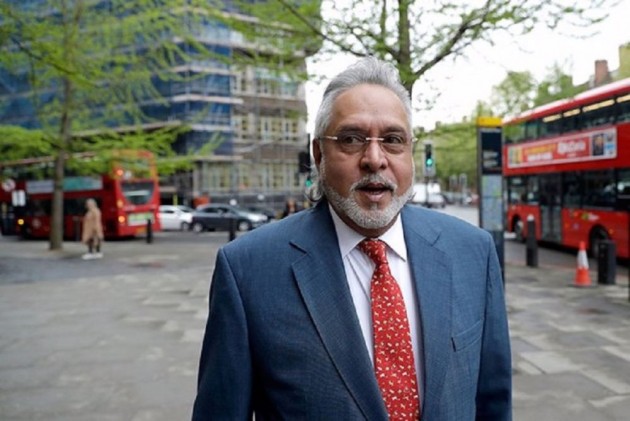 Taking note of the urgency of the Indian administration to extradite those accused in corruption cases, United Kingdom on Friday said a "legal process" is on in Vijay Mallya's matter and it has to be followed through as there cannot be any shortcut.

The fugitive Indian businessman had lost his appeals in the British Supreme Court in May last year against his extradition to India to face money laundering and fraud charges against him.

Asked when can Mallya be extradited to India and if some kind of legal issue is still pending in the matter, new British High Commissioner to India, Alex Ellis, without pointing to any particular case, said he recognises the urgency, importance and the desire to get back people who are accused of corruption to India.

"Extradition is a mixture of an administrative and a judicial process, and so it goes to the courts. The home secretary has done what needs to be done from the executive's point of view in the case of Vijay Mallya. But it (the matter) is part of a judicial process and our courts work their way through those processes. It is something controlled by the judges," he said.

Asked about what kind of issue was holding up Mallya's extradition, the British envoy said, "There is a process going on. I think it is a legal process and has to be followed through, can't short cut that. That is why you have legal processes."

India has been pressing the UK to extradite Mallya after he lost his appeals in the British Supreme Court.

The UK top court's decision marked a major setback to the 64-year-old businessman as it came weeks after he lost his High Court appeal last April against an extradition order to India.

In June last year, India urged the UK not to consider any request for asylum by Mallya as there appeared to be no ground for his persecution in the country.

Mallya has been based in the UK since March 2016 and remains on bail on an extradition warrant executed three years ago by the Scotland Yard on April 18, 2017.

The High Court verdict in April upheld the 2018 ruling by Chief Magistrate Emma Arbuthnot at the end of a year-long extradition trial in December 2018 that the former Kingfisher Airlines boss had a "case to answer" in the Indian courts.

Significantly, in another extradition case India is fighting in the UK, a UK judge ruled last week that fugitive diamond merchant Nirav Modi not only has a case to answer in Indian courts but that there is no evidence to suggest he would not receive a fair trial in India.

Asked about the AgustaWestland VVIP chopper deal case accused British national Christian Michel, Ellis said, "There we do the things you do in a consular case like that. If it's a British national you support the person concerned. You also provide consular assistance to the family. We hope and want a swifter resolution of the case."

It is for the Indian judicial process to work out, what happens in the case, it is not the UK's business but obviously "we want things to move as quickly as they can", he said.

Ellis' remarks came days after media reports claimed that the United Nations Working Group on Arbitrary Detention (WGAD) found that Michel, who has been held in India since December 2018 after being extradited from the United Arab Emirates, was being "detained arbitrarily".

India had rejected the opinion of the Working Group on Arbitrary Detention and said the conclusions drawn by the UN panel are based on limited information, biased allegations and an inaccurate understanding of its criminal justice system.