Pinarayi Vijayan, in his letter to the PM, mentioned that the medicine costs a whopping Rs 18 crore and is proposed to be imported from the US. 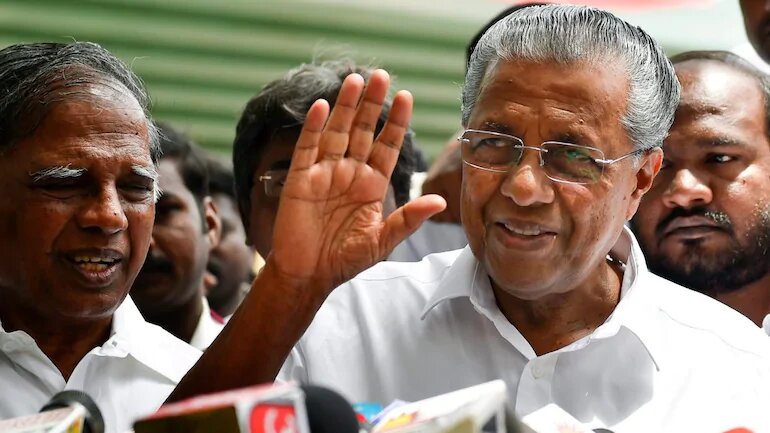 Kerala Chief Minister Pinarayi Vijayan on Friday requested the the central government  to waive GST and customs duty on a life-saving drug to be imported from the US.

The imported medicine will be used to treat a 18-month-old child, Muhammed, suffering from a very rare disease called  Spinal Muscular Atrophy (SMA).

In a letter to Prime Minister Narendra Modi, he detailed the plight of  the child, a native of Kannur district, who is undergoing treatment for the disease.

Noting that the medicine for SMA is 'prohibitively expensive' and 'unaffordable' for the child's family, Vijayan said it costs a whopping Rs 18 crore and is proposed to be
imported from the US.

The CM, in the letter, also pointed out that the central government had recently waived tax in a similar case of a five month old child, who is suffering from SMA in Mumbai.

"I request you to give directions to the Union Finance Ministry to take steps not to levy Customs duty and integrated Goods and Services Tax (GST) in this case
involving the import of the life saving drug zolgensma," he said.

The Chief Minister's plea to the Centre came days after funds for purchasing the drug had been raised in Kerala through online crowdfunding for Muhammed.

Son of P K Rafeeq and Mariyumma, the child requires a dose of Zolgensma, which is considered as one of the most expensive drug in the world. The treatment committee had on Monday informed the public that over Rs 18 crore reached the bank accounts opened
for the donations and asked the people not to deposit any
more.

The campaign was taken over by social media resulting in raising the amount within seven days from across the world. Incidentally, 15-year-old Afra, the elder sister of Mohammed, was also affected with the same disease.

The medicine would have to be procured from abroad and the treatment committee had petitioned the state government to initiate the process for procurement.

Medical experts suggest that the child will have to be administered the dose of the medicine before he reaches the age of two, family sources said.