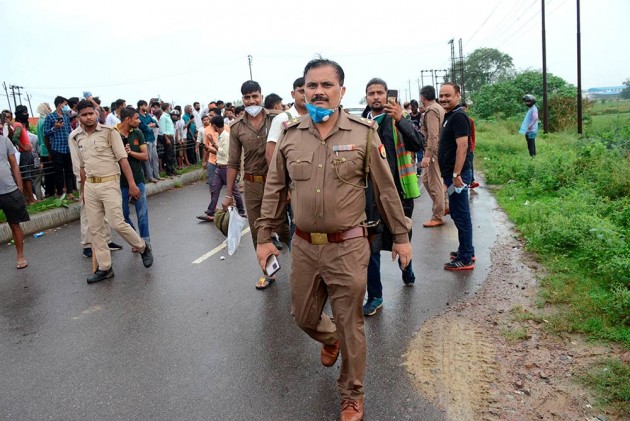 Dreaded gangster Vikas Dubey's death may have given closure to Uttar Pradesh police, but the encounter has raised more questions for many.

Picking holes in the police’s theory of the encounter, Former Director General of Police (DGP), Kerala, says that the encounter looks more like a staged one to him.

Dubey was arrested on Thursday at a temple in Ujjain, Madhya Pradesh. According to the UP police, Dubey, wanted in connection with the killing of eight cops, attempted to escape after the police vehicle carrying him was overturned near Kanpur, leading to his encounter.

1. Why did Dubey travel over 750 km to find a crowded place to surrender?

“The man was on the run for nearly a week. For nearly a week, they didn’t have any information about him. Then he surfaced in Ujjain and surrendered in a cool manner. What does this indicate? Why did he go there? One logic for going to a public place is that he cannot be killed in a fake encounter in a crowded place. But the question is why did he travel more than 750 km from his village to find a crowded place?" Asthana asks.

Asthana says that Dubey could have surrendered anywhere in Delhi, but it looks to him as  part of a deal.

“He could have surrendered anywhere in Delhi... He could have gone to a mall where he wouldn’t have been killed. Apparently, there could have been a deal that if you surrender, your life will be spared. And in return, you keep mum during the trial about the nexus. It’s a win-win situation for both parties. After that, it seems that they have betrayed him. It’s a case of betrayal,” he says.

3. How come only the car carrying Dubey overturned amid the convoy?

Asthana raises suspicion over the manner in which the story was woven by the police.

“How can you believe the theory that in a cavalcade of nearly a dozen vehicles, only his car was turned? The other vehicles were not affected at all... Did you observe the ground next to the part of the road? If any vehicle skids there, there will be tire marks. There is not a single tire mark there. A vehicle skids only if it goes at high speed... If it skids also, it will drag for some time. The visuals and videos are very much there... There is no skid mark and damage to the car. Even the headlights are not damaged. And the wipers are running... The doors are closed,” he said.

4. Six people in the car but how come none could hold Dubey back?

The police said that Dubey snatched a gun from an injured policeman and opened fire, so the police were forced to fire back. Asthana questions this theory too.

“There were six people in the car. Only one man managed to scramble out of the car and others are dazed so that couldn’t drag him back. How is it possible?"

5. How could he run when there were 50 policemen around?

"They are saying he injured police personnel. A man who is believed to have two rods implanted in his legs and if you observe the scene, it’s a flat field...and he is not a fit man, and he has a pronounced paunch as well. How could he run when there are 50 policemen around?" Asks Asthana.

6. Why were the cops' weapons not secured?

Asthana also points out that since Punjab insurgency days; the rules say that cops must secure their weapons by lanyards. "Why it wasn’t done?” he asks.

7. Why wasn't he handcuffed?

The former top cop also asks why Dubey wasn’t handcuffed, as dangerous criminals should be according to rules. "Most importantly, a dangerous criminal, a violent criminal should have been in handcuffs. It’s unbelievable!" he says.

8. Dubey ran, exchanged fire with police and was shot at... How was his mask still on?

“If police claims Dubey is shot on pelvis why is there blood on the chest?" Asthana asks. "He scrambled out of the car, ran some distance, and exchanged fire with the police and was shot at. The surprising thing is still his mask was on!"

9. Why were cars stopped behind the police convoy?

"Why vehicles were stopped behind the police convoy?" Asks the former Kerala DGP referring to reports of media vehicles being stopped ahead of the site where the encounter will eventually take place.

“The media is saying that those who were following the car were stopped two or three kilometres behind... Why so? Why was it done?"

10. Why is there an eerie similarity between the killing of Dubey and his aide?

Asthana says “Yesterday, Dubey’s accomplice Prabhat Misra was killed in a similar fashion... In his case also, the story was that he snatched the weapon, and then he was shot..."