The mix-up was reported at the primary health centre in Barhni where people from Audahi Kala and another village received Covaxin shots on May 14. 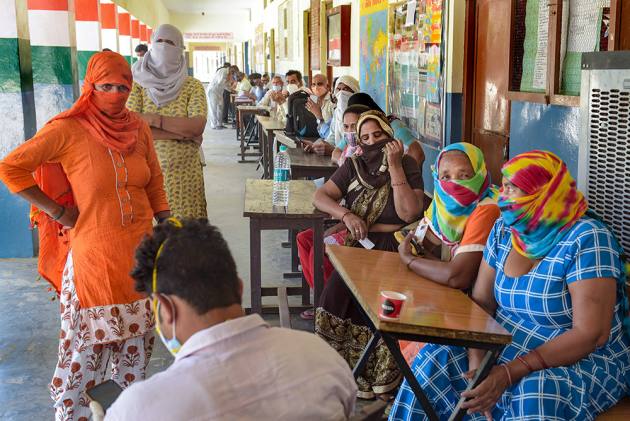 Health workers in Uttar Pradesh's Siddharthnagar district administered Covaxin to 20 villagers who had been given Covishield in the first dose.

The goof-up was reported at the primary health centre in Barhni where people from Audahi Kala and another village received Covaxin shots on May 14.

Chief Medical Officer Sandip Chaudhary on Wednesday said he has ordered an inquiry into the matter and assured stern action against those found responsible for this negligence.

He said that no one has yet reported any health complaints and a health department team has already met them.

The incident came to light when one of the villagers, Ram Surat, brought to the notice of the health workers that he received different vaccines in the first and the second dose.

Accepting the shortcoming on the part of the health workers, the CMO said 20 people have been administered a mix-up of vaccines and the medical teams are keeping a close watch on them.

The people who got different vaccines are under stress but no problem has been reported with any one of them so far, health officials said.