The old video gathered netizens’ attention this afternoon again after it was shared on Twitter by Indian Forest Service officer Susanta Nanda. 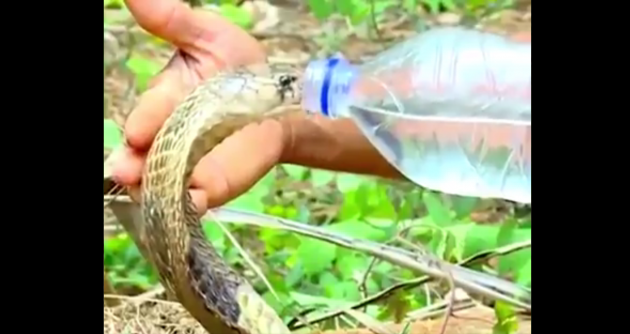 A viral video featuring a man offering water to a cobra is doing rounds on social media, almost three years after it first surfaced online. The old video gathered netizens’ attention this afternoon again after it was shared on Twitter by Indian Forest Service officer Susanta Nanda.

The video captures a forest official sitting in front of a snake holding a plastic water bottle in his hand. As he gently moves the bottle towards the snake, the snake laps up the offered water quickly.

The video has garnered nearly 10,000 views on the micro-blogging platform. While some users are amazed with the way the snake is sipping water, some started praising the featured forest official for his courage and compassion.