Virbhadra Singh made a pioneering bid to ban green felling of the forests in Himachal Pradesh for making wooden apple cartons. 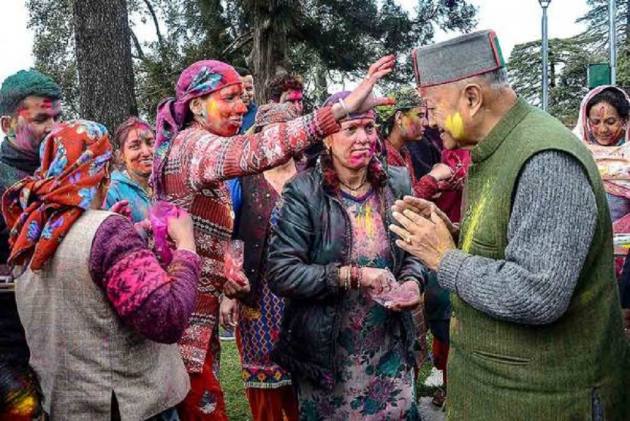 Who saved Himachal Pradesh forests from a legalised plunder, pilferage, smuggling and conversion of timber, between 1986 to 1993?

Virbhadra Singh – the man who took cudgels, not only with the forest mafia but also broke the nexuses between corrupt forest officials and lobby of saw mill owners, will be remembered for one of his pioneering moves as state’s six-time Chief Minister.

In 1986, while in his second Chief Ministerial term, Virbhadra Singh made a pioneering bid to ban green felling of the forests in Himachal Pradesh for making wooden apple cartons –a policy being followed ever since the apple revolution.

Apart from what used to be officially permitted green felling, there was a lot of illegal and indiscriminate cutting and axing of the forests every year for making apple boxes. This was a huge racket underway in Himachal Pradesh as one of the means to timber smuggling and green felling during the marketing season of the apples. Well now a thing of the history.

Data available with HP Forest Development Corporation --- a government PSU handling felling of the green trees and its conversion to semi-finished logs (allotted to the saw mills) for making of the apple boxes reveal that 80,000 to one lakh cubic meters of timber used to be allotted. The logs used to be called as ‘Giltus’ in local dialect.

“It was Virbhadra Singh ji’s idea to impose a total ban on green felling for making wooden apple cartons in the state ,” recalls Prakash Thakur, a leading orchardist at Kotgarh ,who also remained Vice-Chairman of HPMC -- a government horticulture marketing corporation.

“Another Congress veteran and herself being a noted orchardist Vidya Stokes—who was Speaker of the state assembly, backed Virbhadra Singh on this .Kotgarh –an apple growing belt ,where the Stokes  begin first apple cultivation in Himachal Pradesh, adopted it to shun use of wooden apple cartons “ Thakur told Outlook.

He says “had the ban not imposed on green felling for making wooden cartons, Himachal Pradesh would not have been felt with a single forest tree by now.”

But the move was not without sharp reactions and protests from the powerful lobby of saw mills. They argued with Virbhadra Singh as how can he stop such an accepted practice and cause a blow to the livelihoods and income of the saw mill owners –most of these mills in the apple belt, located in the middle of the prime forests.

Virbhadra Singh refused to reverse the decision or give compensations to the saw mill owners. He got a cardboard carton making factory set-up at Gumma with support to the World Bank to wean away apple growers from using wooden cartons.

Shanta Kumar, BJP Chief Minister, who had succeeded Virbhadra Singh in 1990, also did not reverse the decision. He offered to help the saw mill owners by allowing transportation of eucalyptus and other timber from outside to make wooden cartons. Shanta Kumar's government was dismissed in December 1992 by the centre after the Ayodhya demolition.

Principal Chief Conservator of forests Dr Savita says, “During the Governor ‘s rule in 1992, the ban on green felling was lifted and same thing started again. But, on return to power in 1993, Virbhadra Singh imposed the ban – this is much before the Supreme Court had actually imposed total ban on green felling in India in popular T. N Godhavarnan case".

S K Sharma, a former IFS officer, who had also served as MD of HP Forest Development Corporation, says the “giltus” were given at a very low price, heavily subsidized by the government.

“Had Virbhadra Singh ji not taken this pioneering decision, one can imagine how much timber could have been in demand for wooden cartons as apple production has already grown much high since 1990.The forests have certainly been saved from the legalised plunger and this is a big contribution to the environment from great visionary of the time” Sharma says --a view to which another former Principal Chief Conservator of forests V P Mohan –himself a great conversationist, also agrees.