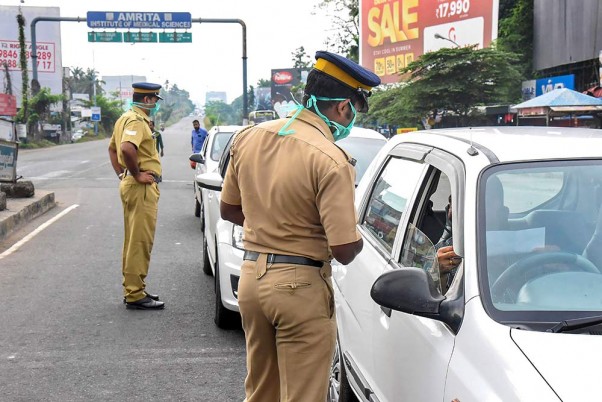 Karnataka Health and Medical Education Minister K Sudhakar on Thursday said that visitors arriving from any other state will be required to carry RT-PCR negative report.

The decision was taken after a meeting to review Covid-19 containment measures in the city. The minister said it has been decided to hand-stamp infected persons residing in Bruhat Bengaluru Mahanagara Palike (BBMP) limits.

"Nearly 1,400 cases have been reported in Bengaluru (on Wednesday), which is the highest in the last 4 months. There is a spike in cases every day. It is increasingly found in passengers arriving in the city from other states," Sudhakar said.

Travelling Via Air? Here's A List Of Covid-19 Restrictions For Passengers By State Governments

"As of now, restriction is for Maharashtra, Kerala, Punjab and Chandigarh. But now going forward, it is applicable to all states," he was quoted as saying by his office in a release.

It can also be increased depending on the number of cases, he said.

"Certain places which have high footfall and dense public places will be sanitized to control the spread. Information regarding the availability of beds and ICUs will be made available online.

People's cooperation is crucial to make Namma (our) Bengaluru Covid-free," he added.

Noting that it has been resolved to hand-stamp infected people residing in BBMP limits, Sudhakar said even young and asymptomatic persons can spread the infection if they go out.

To control such movements it is decided to stamp on hand.

Elections are not insulated from spreading infection and it is important to restrict gatherings, he said and assured that he would speak to Election Commission officials in this regard.

"We have also requested film stars to join hands with the government in this fight against Covid."

Bypolls to Belgaum Lok Sabha seat, and Basavakalyan and Maski assembly segments will be held on April 17, and the counting of votes will take place on May 2.

Highlighting that mutant virus has been reported in India and it is found in 700 people so far, he said according to experts it spreads faster than the original one, and therefore it is requested to be careful for next 2 months.

"We are tracing out 20 contacts for each infected person," he said, adding that the government has also spoken to private hospitals to be on standby, though the cases are not as huge as it was in the beginning, they have to be ready.