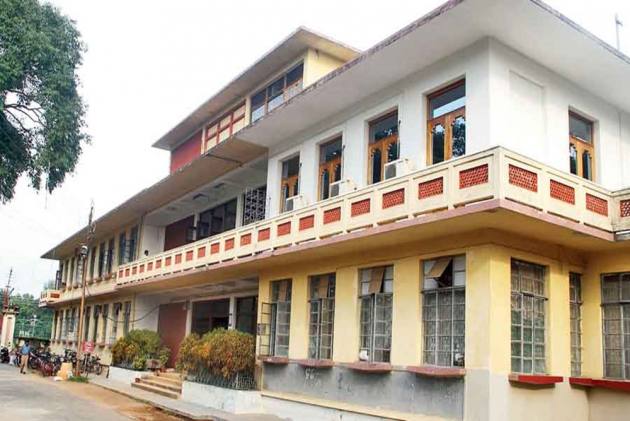 Besides, two professors have been suspended.

The VB, founded by Rabindranath Tagore in 1918, is India’s only varsity to have the prime minister as its chancellor. It is undergoing endless turmoil since Bidyut Chakrabarty took charge as vice-chancellor in 2018. Chakrabarty has been repeatedly accused by students, and also a section of teachers, of carrying out a ‘saffronisation attempt’ with high handedness.

The professors who have been suspended are Arani Chakraborty and Pijuskanti Ghosh of the physics department, who had in February lodged a police complaint against the authorities for keeping them ‘detained’ at the office.

The three students who are to be rusticated are suspended since January 14. They have carried out prolonged protests. During the assembly elections, the BJP’s Bolpur assembly seat candidate Anirban Ganguly had met them while the students were taking part in a sit-in demonstration.

In a letter sent to the three students on Monday, the varsity’s proctor wrote, “It has been found from the report submitted by the Enquiry Committee constituted by the University vide Office Order No. REG/ORDER/156/446 dated 06.02.2021 on the matter of your alleged act of gross indiscipline and misconduct in the Department of Economics & Politics, Visva-Bharati on 09.01.2021, that the charges leveled against you are established. In consideration of the said inquiry report, the competent authority of the University proposes to impose upon you the punishment of rustication of your studentship in Visva-Bharati for 3 (three) years.”

The students have been told that they may submit their representation, if any, in writing, to the proctor by August 27 August “for consideration of the competent authority, failing which the proposed punishment will be deemed to the confirmed.”

As per the findings of the said inquiry committee, the report accessed by Outlook reads: “After careful consideration of the depositions made by the students Somenath Sow, Falguni Pan, and Ms. Rupa Chakrabortty and the other eleven witnesses it has been revealed that the three above mentioned students gathered on 09-01-2021 morning at Chhatimtala with definite ill-motive to create disturbance and vitiate the calm ambiance of Visva-Bharati. It was also their intention to besmirch the university’s administrative decisions and universal high reputation of the University.”

The report says that “almost all the witnesses (except the three students) unequivocally confirmed this, identifying those three students taking lead roles in the incident of utter chaos and vandalism, taking over the law in their hands.”

This was “duly corroborated” by photos and video clippings both at Chhatimtala and at the department of economics and politics, along with written/recorded statements/depositions made by the witnesses, it said.

“There is no iota of doubt as to their active, motivated involvement and participation in the vandalism to disrupt peaceful functioning of the University. The Committee therefore unanimously concludes that the charges brought against the three students… stand proved,” the report said, adding, “In arriving at a decision we have not been influenced by any interference whatsoever and have applied our mind with extreme prudence and wisdom without any prejudice.”

Incidentally, while the VBSU is an organisation of Left-leaning students and individuals that are not affiliated with any political party, many of its members are associated with other students’ organisations. One of those who have been proposed to be rusticated, Somnath Sou, is involved with the Students’ Federation of India (SFI), the student wing of the CPI(M).

However, in June, an audio clip went viral in which a voice resembling that of the vice-chancellor Chakrabarty was heard branding the students as “Maoists.”

On January 9, the vice-chancellor along with some other teaching staff sat on a silent demonstration at the Chhatimtala area on the campus demanding that the state government return to the varsity a land – on which there was a road – which the state government-owned and had taken back.

About the same time, a group of students protested vice-chancellor Chakrabarty’s various moves, including that of suspending economics professor Sudipta Bhattacharya, who had raised an issue of alleged malpractice in one recruitment.