The actor, who will next be seen playing PM Narendra Modi, in the latter's biopic, shared his take on exit polls which have predicted a mammoth victory for the ruling Bharatiya Janata Party-led National Democratic Alliance (NDA). 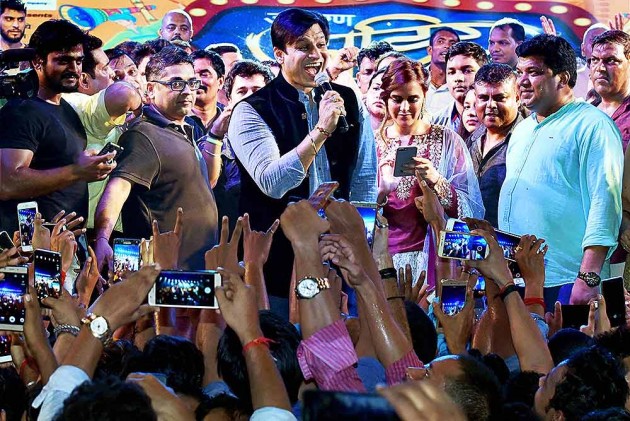 The actor, who will next be seen playing Prime Miniter Narendra Modi, in the latter's biopic, shared his take on exit polls which have predicted a mammoth victory for the ruling Bharatiya Janata Party-led National Democratic Alliance (NDA).

Vivek shared the contentious meme after almost all exit polls predicted another term for Prime Minister Narendra Modi-led government at the Centre.

Aishwarya and Vivek were seeing each other for a considerable period of time. Before that, Salman was dating former Miss World.

The meme didn't go down well with Twitter users, with many calling its "distasteful" and a "poor joke".

Even Indian badminton star Jwalla Gutta tweeted, saying, "Extremely absurd of you to tweet this."

That's quite in bad taste... Show some respect for women !

Who ever named you "Vivek", was that person in Sarcastic mood while naming you ðÂÂÂ¤ÂÂÂðÂÂÂ¤ÂÂÂ

Brother with all due respect.... this is not Good, delete it ryt now.... I have been ur supporter but this is Bad...Genuinely Bad...

Vivek Oberoi will next be seen in "PM Narendra Modi", the biopic on the current Indian prime minister.

Exit polls on Sunday predicted that the Bharatiya Janata Party-led NDA will return to power with a thumping victory, with many giving the coalition over 300 seats.