'Will Win With Or Without You, But...':What Maneka Gandhi Told Muslim Voters In Sultanpur

Maneka Gandhi also said that she is winning the Lok Sabha elections even without the Muslim votes. 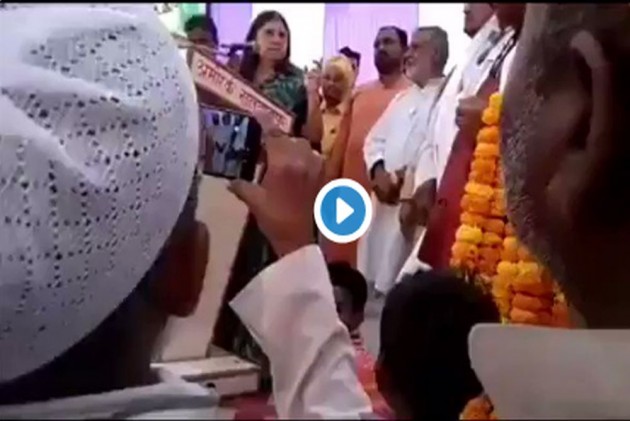 Union Minister Maneka Gandhi is seen telling a gathering of Muslims in Sultanpur to vote for her or face the risk of not receiving her help.

In a video clip, which is being shared on social media, Gandhi is heard as saying, "This is important. I am winning. I am winning because of the love and support of people. But if my victory is without Muslims, I won't feel that good. Dil khatta ho jayega (Things will become sour). Then when a Muslim comes to me for work, I think let it be, how does it matter. It's all give and take, isn't it? We aren't all sons of Mahatma Gandhi, are we? (laughter). It's not that we keep on giving and then losing in the election. This victory will happen with or without you."

Union Minister Maneka Gandhi telling a gathering of Muslims in UP's Sultanpur, from where she is contesting the election, to vote for her or else she will not be inclined to be responsive to their requests. pic.twitter.com/TUvxzQR3xo

The Union Minister for Women and Child Development said, in any case, she is going to win the Lok Sabha polls with or without support from Muslims.

Gandhi also asked those gathered to spread the word about voting for her. "I am extending a hand of friendship," she is heard saying. "You can ask anyone in my former constituency of Pilibhit about my work. I have already won this election, the rest is on you."