The Left has now its lowest-ever representation in the Lok Sabha after Independence as the CPI(M) have won only three and the CPI is left with just two seats in the 2019 general election. 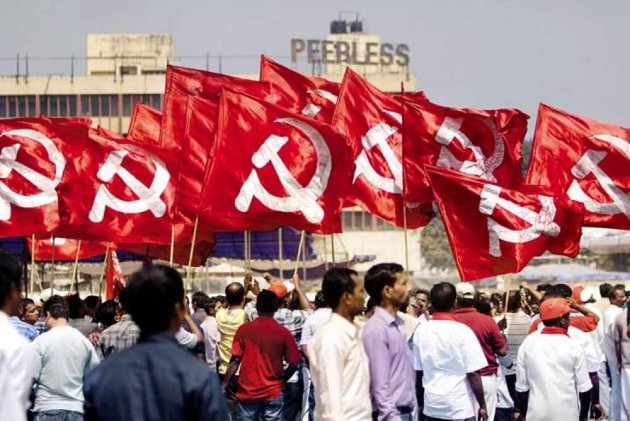 Acknowledging that the Left Parties were soon losing ground in their traditional strongholds like Kerala and West Bengal, The Communist Party (CPI) of India described reclaiming these bases as a "challenge".

In a statement after its three-day meet that ended on Sunday, the CPI said the situation was never so dire for the Left parties politically and that today they were facing an "erosion" of its traditional votebank.

The Left has now its lowest-ever representation in the Lok Sabha after Independence as the CPI(M) have won only three and the CPI is left with just two seats in the 2019 general election.

"This is an unprecedented challenge to our party," the CPI said. "The Left cadre and ranks are disappointed and unhappy. Victory and defeat are normal in elections but we are shocked with loss of vote share in big way."

The party said the "erosion" of the traditional Left vote was very high in West Bengal.

"We need to introspect deeply why our vote share in strong bases also is eroding in such big way. This is more so in West Bengal. This is a big challenge. We shall face it and overcome," it said.

The party also criticised the Opposition parties, saying the "narrow petty interests" of leaders and groups was the reason behind the failure to unite.

"Many parties which expressed that desire to unite, in practice miserably failed due to narrow petty interests of leaders and groups. Even broad understanding among the secular and Left parties, did not succeed in many states," the party said.

In spite of the "positive political atmosphere in the country" against the BJP, the saffron party won the general election because the secular parties failed to unite, it said.

The CPI said there was "confusion as there was no uniform method of understanding among the secular (parties) and (the) Left, except in Tamil Nadu where it yielded excellent results."

The party said the BJP could accommodate many small parties in different states -- as many as 44 -- and forced the AIADMK by "misusing the state machinery" and had understanding with it along with some other parties in Tamil Nadu.

"There are allegations that (the) BJP spent huge amounts of money and even paid to allies to join the NDA. In Uttar Pradesh they accommodated many small parties and some of their candidates were forced to contest on BJP symbols," the party said.

Rajya Sabha member D Raja took over as the CPI's general secretary on July 21.  He is taking over the party at a critical time when  the Election Commission is mulling on revoking its national status.

Speaking at a press conference, Mr. Raja said that the country was going through a “critical phase” under the “fascist regime” of BJP Prime Minister Narendra Modi.

“Left might have lost seats in Lok Sabha election and may have been reduced as a smaller force in Parliament, doesn’t mean our ideological or political influence has shrunk within the country. We are the hope for the people of this country,” he said.