A massive security blanket of around 18,000 personnel, including those from paramilitary forces, and drones have been thrown around the Dantewada Assembly segment. 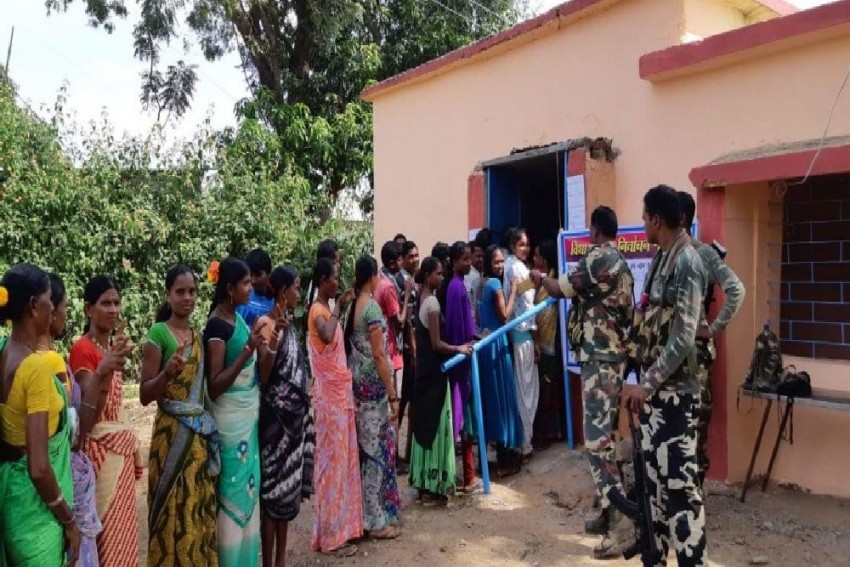 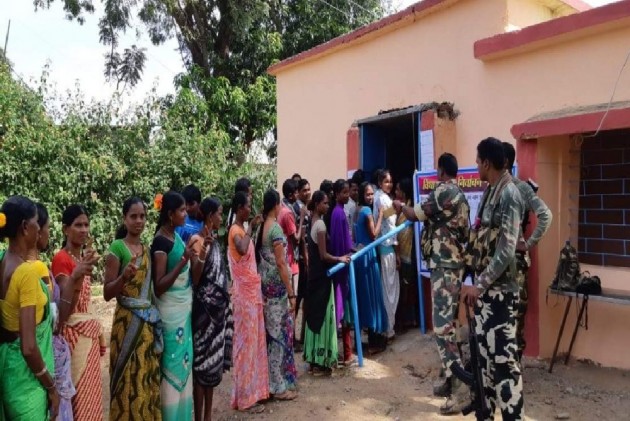 Voting for the bypoll to the Naxal-affected Dantewada Assembly constituency is underway amid tight security.

The bypoll was necessitated due to the death of BJP MLA Bhima Mandavi in a Naxal attack in April.

Polling began at 7 am and it will go on till 3 pm, an election official said here.

A massive security blanket of around 18,000 personnel, including those from paramilitary forces, and drones have been thrown around the Dantewada Assembly segment, which is part of the insurgency-hit Bastar region, for conducting peaceful polling, a police official said.

The counting of votes will be taken up on September 27.

Nine candidates are in the fray for the seat, which was the only one in Bastar division that the Bharatiya Janata Party (BJP) managed to win in last year's Assembly election.

Both the ruling Congress and the BJP have fielded candidates who have been victims of Naxal violence, with the former pitting Devti Karma, wife of senior party leader Mahendra Karma who was killed in the Jhiram Valley attack in 2013, against the latter's Ojaswi Mandavi, wife of slain MLA Bhima Mandavi.

Stakes are high for the main opposition BJP as it is fighting to retain the seat.

In the 2018 Assembly polls, Devti Karma had lost to Bhima Mandavi by a thin margin of 2,172 votes in the Dantewada seat.

In the 90-member state Assembly, the Congress won 68 seats last year and the BJP 15. The Janata Congress Chhattisgarh (J) and the BSP had bagged five and two seats respectively.