Voting For Local Body Polls Begins In Gujarat On Sunday 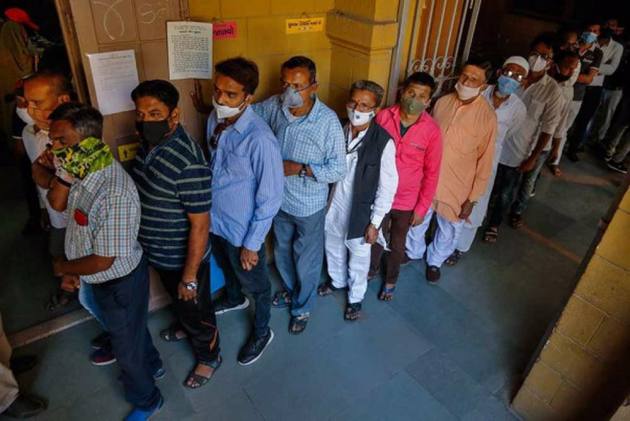 Elections in Gujarat's 81 municipalities, 31 district panchayats, and 231 taluka panchayats began on Sunday across 36,000 polling booths in the state.

A couple, scheduled to get married later in the day, arrived at a booth in Gondal taluka of Rajkot to exercise their franchise in the initial hours of voting and said they did not want to miss out on their democratic duty.

Besides, a newly-wed couple was also seen in a queue at a polling booth in Dehgam taluka of Gandhinagar.

Union Minister of State for Panchayati Raj and Agriculture Parshottam Rupala cast his vote at a booth in Amreli in the morning.

As per the State Election Commission (SEC), there are total 8,474 seats across 81 municipalities, 31 district panchayats and 231 taluka panchayats in the state, out of which candidates on 237 seats have remained unopposed, while no form was filled for two seats in taluka panchayats.

This time, the Asaduddin Owaisi-led All India Majlis- e-Ittehadul Muslimeen (AIMIM) has also jumped into the fray for the local body polls in Gujarat.

By-elections are also being held for two seats in taluka panchayats and 24 seats in municipalities.

A total of 3.04 crore voters are eligible to exercise their franchise for these elections.

Over 44,000 policemen, including the State Reserve Police and 12 companies of the Central Armed Police Forces (CAPF), along with 54,000 Homeguards have been deployed to ensure free and fair polling.

Votes will be counted on March 2.

On February 21, polls to six municipal corporations - Ahmedabad, Vadodara, Surat, Rajkot, Jamnagar and Bhavnagar - in the state were held. The BJP emerged victorious in all these civic bodies.