Information and Broadcasting Minister Prakash Javadekar presented the report card and achievements of the government in the first 50 days in office. 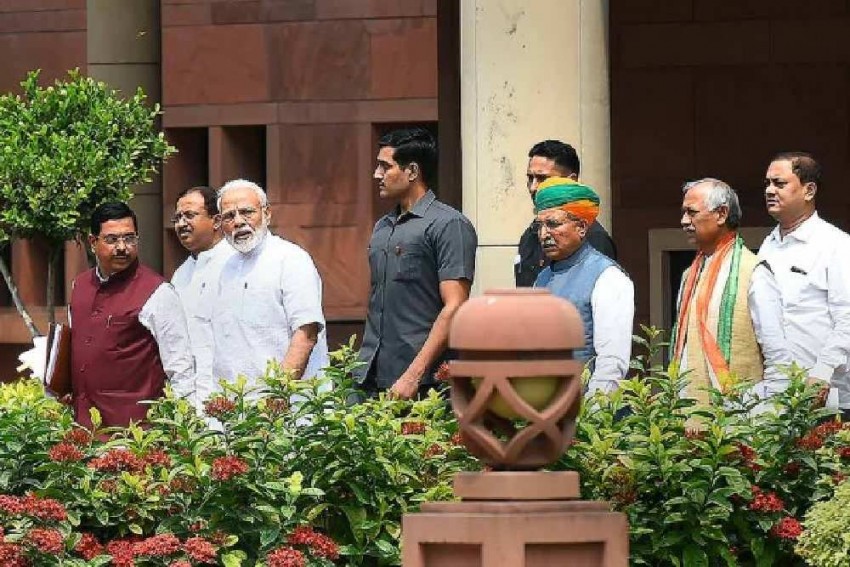 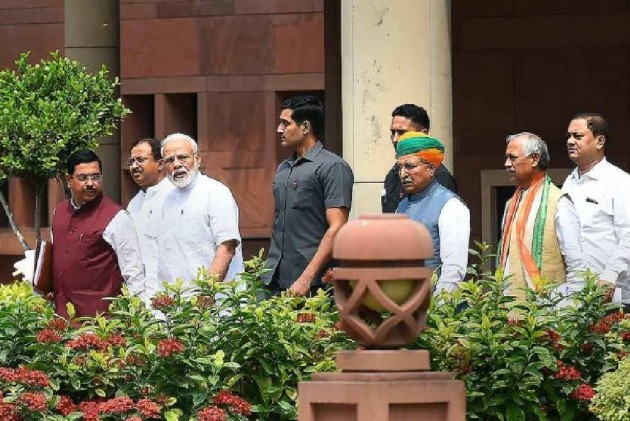 Presenting a report card after completing 50 days in office, the government on Monday said it is already "walking the talk" on its promise of fast-paced development with "speed, skill and scale" being manifested in the Modi dispensation's second term.

Prime Minister Narendra Modi was sworn-in on May 30 after the BJP won 303 seats -- the first time since 1971 that an incumbent government returned to power with such a thumping mandate.

Information and Broadcasting Minister Prakash Javadekar presented the report card and achievements of the government in the first 50 days in office, saying the country has felt assured that the pace of reforms, welfare and justice to all has increased as compared to the first term.

The target of USD 5 trillion economies is not just a dream but a roadmap has been given for it, he told reporters.

Javadekar asserted that the first 50 days have shown that Modi government's second term will be more effective and will build on the success of its previous tenure.

The government has taken historic decisions which shows a clear roadmap of faster development in infrastructure, social justice and education, he said.

The minister said that the government has hit the ground running for the welfare of all sections of the society, including farmers, traders, small businesses, unemployed youth and middle class.

The prime minister's presence on world forum has made a difference to India's influence over world politics, Javadekar said.

"With Rs 100 lakh crore of investment to be made in roads, railways, ports, airports and other infrastructure, the formation of Jal Shakti ministry, the mission to reach out to every house by 2024 with assured water supply, we are walking the talk with speed and many historical decisions," he said.

Citing the setting up of a national research foundation, giving labour, particularly unorganised labour, and small and medium-sized enterprises required help for flourishing, he said these efforts will not only increase the employment opportunities, but also ensure justice and welfare for all sections of the society.

He also expressed confidence that the government will achieve its dream of becoming a USD 5 trillion economy in the period in which it has decided to achieve the target.

In the coming 5 years, new investment opportunities will be provided, Javadekar said.

"Investment will come from across globe. In 50 days so much has been done for all sections of the society that people are assured of what Modi had said after assuming power that 'sabka saath, sabka vikas, aur sabka vishvas' (with all, development for all, with everyone's trust) and fast-paced development," he said.

"People have seen action on this vision. Speed, skill and scale have been manifested in the 50 days. Farmers, soldiers, youth, labourers, middle class, traders, taking India forward, taking India's relations with neighbours forward, investment, development of resources, fight against corruption and social justice, have been the highlights of 50 days," he said.

Listing the achievements of the government in the first 50 days in office, Javadekar said important developments were Rs 6,000 assistance to all farmers, increase in Minimum Support Price of several crops by two-three times, and codes for labourers, among others.

The prime minister's first decision after assuming office for the second term was for children of slain military and police personnel, giving scholarship to them.

Among other achievements of the government, he cited pension for traders, tax benefit for the middle class, and benefits of home loans interest and the GST.

The minister said there is a massive push in the direction of making India a 5 trillion economy, with several measures announced in the budget from assistance to banks to corporate tax benefits.

Javadekar also highlighted government's crackdown on economic offenders and efforts to bring back those who are wanted, but have fled the country. He also talked about the government bringing a bill to crackdown on ponzi schemes.