Historian and war books author Srinath Raghavan says if there is any lesson to be learnt from 1962, it is never to assume that war is not an option. 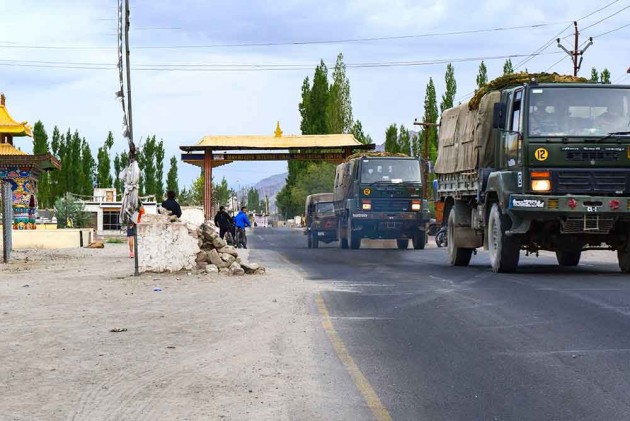 Historian and author Srinath Raghavan, who has written books on the 1962 India-China war as well as the 1971 war and the making of Bangladesh, says war with China is always an option. Raghavan made these comments in an interview to Outlook's programme The Outlier which goes online at 11 am on Sunday, 19, July. Excerpts from the interview.

With the situation at the LAC still tense, how do you foresee things unfolding? Would there be de-escalation from both sides which seems to be the sensible thing to do, but if you read between the lines, both countries are not leaving the aggressive stance either?

There are reports of de-escalation particularly in the Galwan region. But we have to understand what de-escalation actually means. Effectively we have to think of it as the Chinese having taken 10 steps forward and now taking five steps back, and India being told you also take five steps back from where you were. In a sense, this de-escalation doesn’t really work in our interest in the long run and I would imagine the Indian army would not be too happy with the kind of restrictions being imposed.

After Galwan Face-off, Why Future Looks Tense For Sparring Neighbours India And China

As you have written so much about war, both the 1971 incident as well as the 1962 war with China, do you think at this point, war is an option for both the countries?

As a student of international relations, the only thing I would say is that war is always an option--the ultima ratio regum as they say--it is the ultimate sanction that states have. You mentioned 1962--that is a topic on which I wrote my first book which came out of my PhD dissertation; it’s a subject I have studied for 20 years, and one thing I will say is that if there is any lesson to learn from 1962, it is never to assume that war is not an option because then you can be taken by surprise.

Those kind of assumptions are wrong to make. The military will always have to be prepared for the worst-case scenario, even as diplomacy and politics will be there to ensure that we don’t slide more. I would say that let’s not be complacent about it. I think that some degree of complacency has already shown us... We just can't take anything for granted, just because weapons are not being fired we cannot assume that the situation cannot escalate. Unless and until politics and diplomacy weigh in very heavily in this situation, there is always a possibility.

And in the past, when China has been in the backfoot domestically, it has targeted India. I hope we will not have a war. I don’t think there is any reason to resort to war because this is a situation which will not necessarily help us resolve by going to war, but at the same time assuming that it is not a possibility is not right.

Going by the world order today, where the United States stands, where Europe is, where Russia is, do you think it is in anybody's favour to have an important incident in this region?

At the risk of sounding like the devil’s advocate, we should remind ourselves that when the Chinese attack on India happened, the world order was facing its greatest ever crisis—the Cuban missile crisis. The two things coincided. I don’t think these things are beyond the realm of possibility.

But yes, a rational look will suggest very much that it is not in China’s interest, or in India’s interest to let the situation escalate any further, let alone going for war. But as I said, if we want to arrest this slide, then we have to make sure that we are able to hold China to its commitments, and have firm diplomacy and political dealing with China.