Was Mayawati Arm-Twisted Into Supporting BJP Over Article 370? Sections Within Her BSP Believe So

The BSP’s move to support the Centre on abrogation of Article 370 hasn’t gone down well with many leaders within the party as they fear the move will lead to backlash from Dalits and Muslim community. 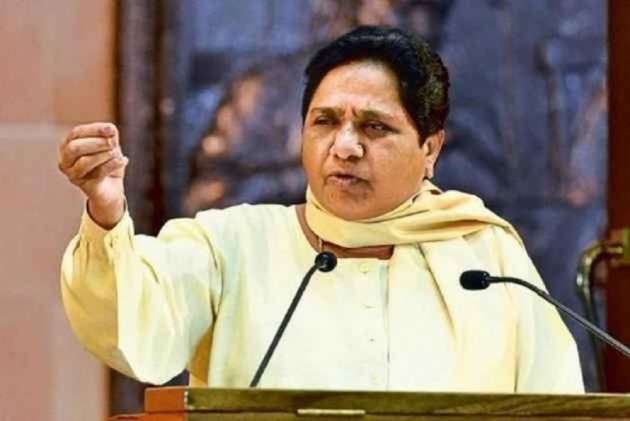 A week after the Narendra Modi government scrapped the Article 370 and bifurcated Jammu and Kashmir into two Union territories, the Bhaujan Samaj Party (BSP) seems to be grappling with dissent within the party.

Sections within the BSP allege that party chief Mayawati was arm-twisted into supporting the government move as the Bharatiya Janata party (BJP) threatened her with consequences if she doesn’t fall in line.

Mayawati was under the radar of the Income Tax department after it recently seized Rs 400 crore worth land illegally acquired by her brother in Noida.

A senior party leader said that Mayawati wouldn’t want to burn her finger as there is a real threat of the reopening of decade-old graft case against her.

However, the BSP’s move to support the Centre hasn’t gone down well with many leaders as they fear the move will lead to backlash from Dalits and Muslim community. Kunwar Danish Ali, party’s leader in the Lok Sabha, was the first one to raise rebellion, according to sources.

Another senior BSP leader, speaking on condition of anonymity said the Muslim community in Uttar Pradesh is unhappy and many have openly voiced their displeasure with the party’s stand.

However, Mayawati has defended her decision saying that bifurcation of J&K into two Union territories will bring development to Ladakh and it was a long-standing demand of Buddhists.

“All the members are on board in this decision. There is no reason, other than development of J&K. We don’t worry about the electoral prospects. My leader has taken a wise decision because SC and ST will be benefited by this,” he told Outlook.

Among the regional parties, the BSP’s support to the government in stripping Jammu and Kashmir of its special status has surprised many who see it as contrary to its core ideology of supporting Dalits and minority communities.

Political observer Neerja Chowdhury believes that the BSP’s support to the BJP will attract the ire of its core voters in its constituency.

“Muslims are watching. It’s possible that Mayawati will face a backlash. Considering that SP has opposed the scrapping of Article 370, BSP needs to give a complex explanation to its voters. However, Dalits may not be so euphoric about their support to end 370,” says Chowdhury.

Other regional parties who extended their support to abrogation of Article 370 include the Aam Admi Party (AAP), the Biju Janata Dal (BJD), the Telugu Desam Party (TDP), the Telangana Rashtra Samithi (TRS) and the YSR Congress Party (YSRCP).