PM Narendra Modi asked: 'All this time, was Nehru communal? I want to know? Did he discriminate between Hindus and Muslims? Did he want a Hindu nation.' 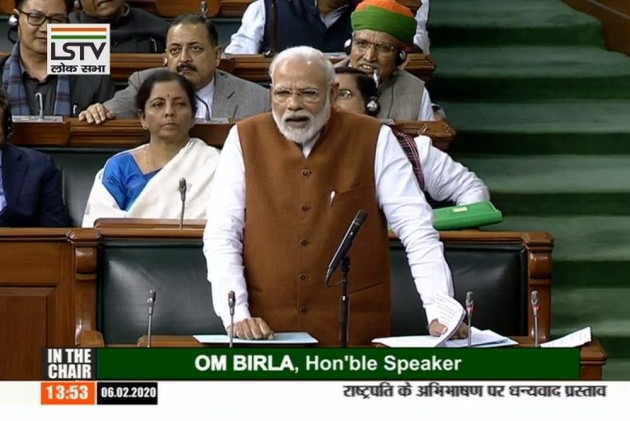 In what was a marathon speech in the Parliament, Prime Minister Narendra Modi on Thursday defended the newly amended Citizenship law, citing what former PM Jawaharlal Nehru said in the 1950s, adding if Congress would call him "communal".

Replying to a debate on Motion of Thanks to the President's Address in Lok Sabha, PM said: "In 1950, Nehru-Liaquat Ali pact was signed, which said that minorities won't be discriminated against in Pakistan. A big secular person like Nehru, a big visionary; and everything to you, why did he not use all citizens and not minorities? There must have been some reason."

'Ram Temple Would Still Be A Dispute...': PM Modi Hits Out At Congress In Lok Sabha

Referring to Nehru's letter to the then Assam Chief Minister, PM Modi quoted the former: "' You'd have to differentiate between Hindu refugees and Muslim migrants'. This is what Nehru wrote to Assam Chief Minister. Nehru in this parliament, in 1950, said that 'there is no doubt that the affected people who have come to settle in India deserve citizenship and if the law isn't suitable then it should be modified'. In 1953, in Lok Sabha, Nehru said 'in East Pakistan, authorities are pressurizing Hindus. There are documents and reports, all pitch for a law."

The PM then asked: "All these instances, was Nehru communal? I want to know? Did he discriminate between Hindus and Muslims? Did he want a Hindu nation."

Modi also lashed out at the Opposition over the anti-CAA protests, saying, "Much has been said about Citizenship Amendment Act (CAA), ironically by those who love getting photographed with the group of people who want ‘Tukde Tukde’ of India."