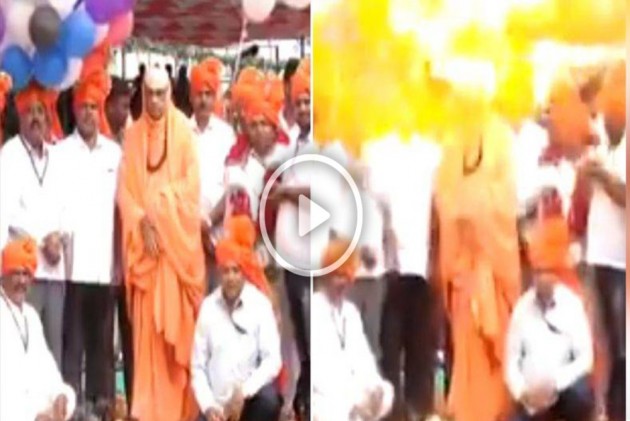 During the inauguration of wrestling competition at Suttur Mutt in Mysuru, at least three people were injured due to a blast of helium balloons at the event.

According to a report, Suttur Mutt Seer Shri Swamiji Shivaratri Deshikendra Swami, however, escaped unhurt during the incident.

The injured are being treated at the event in Nanjungud taluk of Mysuru district in Karnataka.