The National and State Disaster Response Forces bailed out Modi, along with his family, by towing them away on a boat. 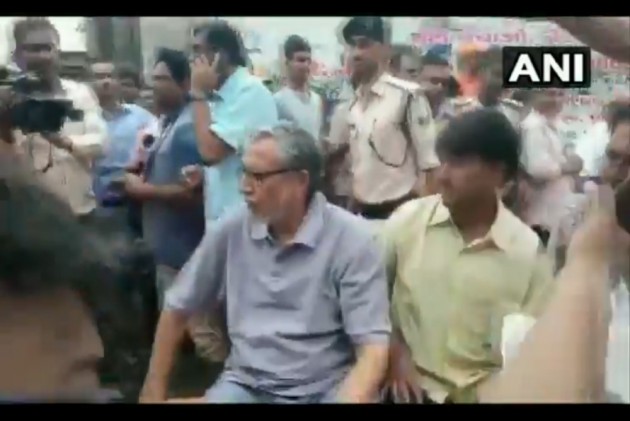 Bihar Deputy Chief Minister Sushil Modi was on Monday rescued from his residence as he was stranded due to flooding in the area after incessant rains.

The National and State Disaster Response Forces bailed out Modi, along with his family, by towing them away on a boat. His family members also carried a few belongings with them.

According to the Bihar State Disaster Management Authority, a total of 29 people have died in the state due to rainfall-related incidents, until now.

On Sunday, NDRF teams carried out evacuation operation in low lying parts of Patna and evacuated 235 people to safer places.

According to the India Meteorological Department (IMD), Patna will receive more rainfall in the coming days which will be accompanied by thunderstorms.