The video shows Lamba arguing with the AAP worker. She can be then seen trying to slap the man, but misses. 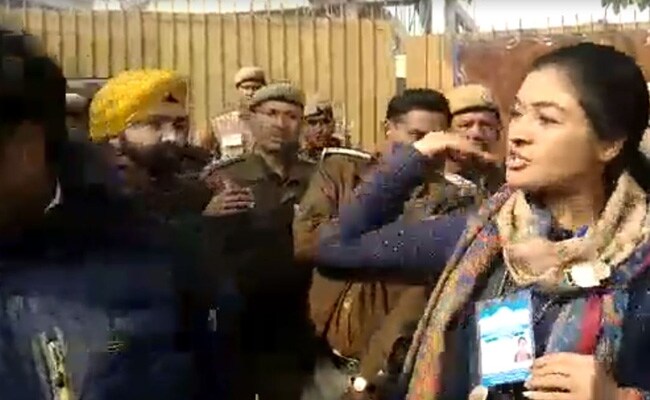 Congress's Chandni Chowk candidate Alka Lamba on Saturday got into an altercation with an AAP worker outside a polling booth, a purported video of which has gone viral.

The video shows Lamba arguing with the AAP worker. She can be then seen trying to slap the man, but misses.

Lamba alleged that the man used "very foul" and objectional language against her.

"As soon as I came out from the polling booth, I saw the son of an AAP candidate arguing with the police over getting admission inside the polling booth. At that moment, an AAP worker, Harmesh, used abusive language against me. Thank the police who arrested him immediately," Lamba said.

The Chandni Chowk MLA was outside one of the polling booths in her constituency.

Voting is underway for the Delhi Assembly elections.