Watch: Eight Injured After Fire Breaks Out At Chemical Factory In Telangana

The incident occurred in Sangareddy district, on the outskirts of Hyderabad on Saturday, police said. 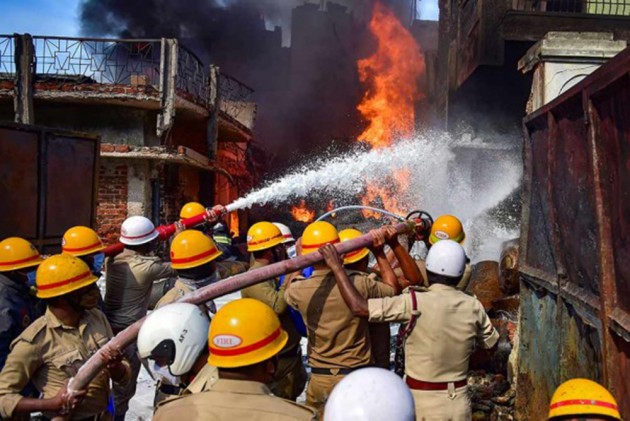 Eight people were injured in a fire accident in a chemical factory in Sangareddy district, neighbouring Hyderabad, on Saturday.

Videos of the blaze were widely shared on different social media platforms.

Fire broke out in Vindhya Organics chemical factory located at IDA Bollarum in Sangareddy district near #Hyderabad. Many workers are feared trapped inside the factory. pic.twitter.com/faS3fhmpaR

The blaze has been brought under control and efforts are on to fully douse the fire, police said.

The injured have been shifted to hospital, officials said adding that further details about what caused the accident would only known after the fire-fighting operation is over.

Television footage showed fire and smoke emanating from the scene soon after the incident.